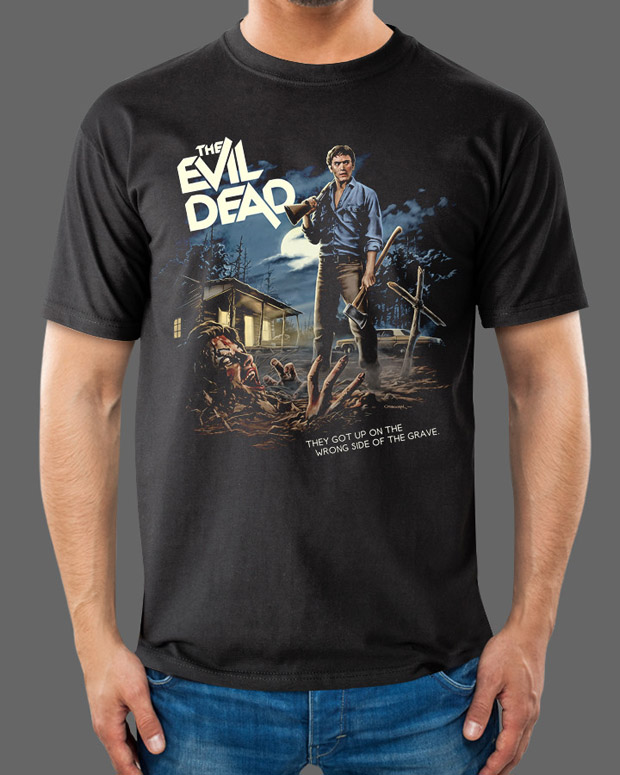 Before Ash became a champion Deadite buttkicker, he was just a guy with an axe and a boomstick on The Evil Dead T-Shirt.

On Ash vs Evil Dead, Ash Williams is a master when it comes to killing Deadites, wielding his boomstick and chainsaw hand to defend the world and maybe get lucky with a few chicks along the way, but before that, Ash was just a stockboy at S-Mart, looking to have some good times with his girlfriend, Linda, at a secluded cabin in the woods. FYI – Never stay at a secluded cabin in the woods. It rarely turns out well.

This officially licensed 100% cotton tee, featuring artwork by Justin Osbourn, shows Ash during his early days of fighting the Evil Dead, before he was forced to cut off his own hand. 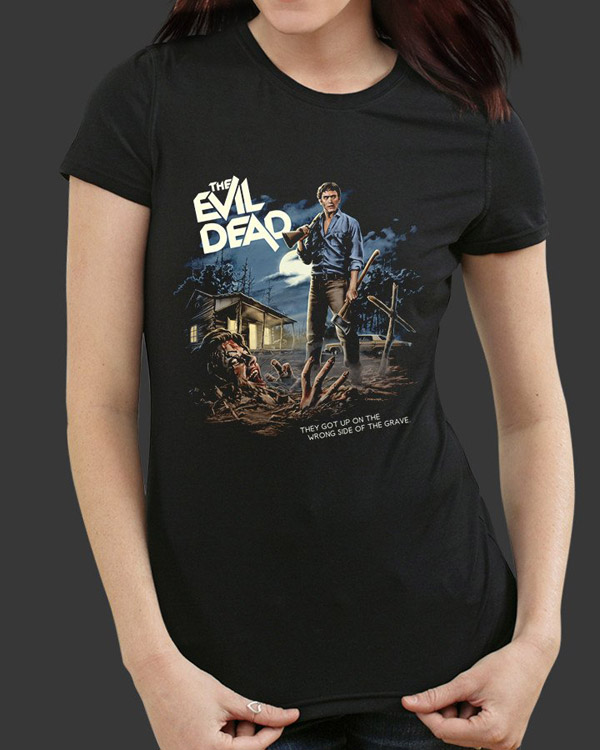 Available starting from $27 at Fright Rags.

Forget about using the Necronomicon to find great prices on Evil Dead merchandise. Use Rout.com instead.

What happens when you step on a LEGO while reading the Necronomicon? The LEGO Evil Dead Everything is Groovy T-Shirt. LEGO gets groovy with a tee that features a LEGO version of everyone’s favorite Deadite slayer, Ash Williams, from the Evil Dead films and the […]

Everyone’s favorite boomstick-toting Deadite killer gets puppetized with the Ash vs Evil Dead Ashy Slashy Puppet Prop Replica. Based on the evil possessed puppet that appeared in the eighth episode of Season 2 for Ash vs Evil Dead, this approximately 15-inch-tall puppet lets you have […]