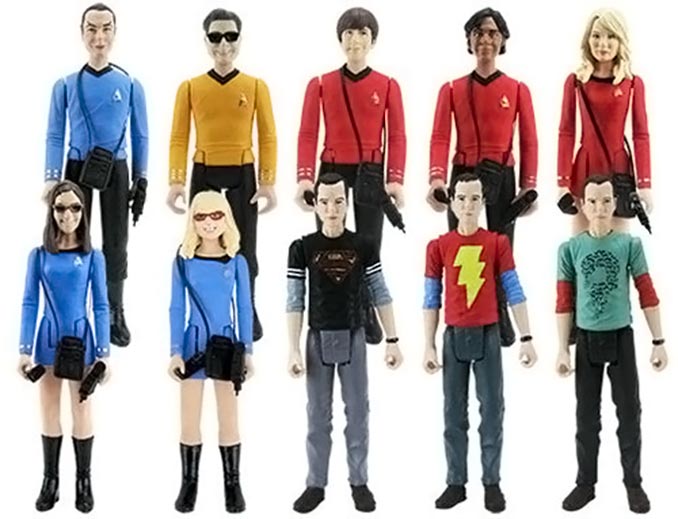 This action figures case, which includes 14 individually packaged action figures, is made by Bif Bang Pow! and was an Entertainment Earth San Diego Comic-Con Convention Exclusive. Each action figure is about 3.75″ tall and the full-color packaging turns into a diorama. You can two Sheldon action figures (randomly assorted from four choices: Spock, Black Superman Shirt, Shazam T-Shirt, or Riddler Shirt), two Leonard (as Kirk), two Penny (as Operations), two Howard (as Scotty), two Raj (as red shirt Operations Guy that Always Gets Killed), Two Bernadette (as Sciences), and two Amy (as Sciences).

This set of action figures is available exclusively at Entertainment Earth and costs $209.86.

Only the few, the proud get into (and work at) Caltech. But that doesn’t mean you can’t wear this handsome Big Bang Theory Caltech T-Shirt as either a fan of the show or the institution. Surely, the alumnus wouldn’t mind. If you think about it, it’s […]