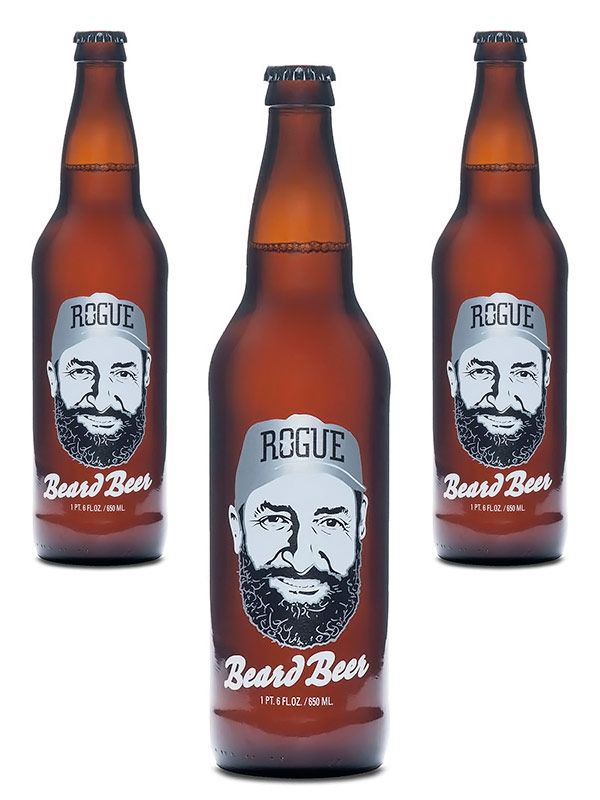 That overgrown facial hair known as a beard can do things like keep your face warm, but did you know it can also be used to make something to drink? The Beard Beer by Rogue offers a chance for your stomach to benefit from all those years one man refused to touch a razor to his face.

I can’t even imagine what made Brewmaster John Maier turn to his beard for inspiration when dreaming up a new alcoholic concoction so let’s just be content with the fact that he was brave enough to venture down a path few have walked.

This particular brand of Rogue beer lives up to its name because it’s brewed with yeast created from Maier’s beard. How ‘out there’ is this idea? It’s far enough out on the distant realm of imagination that the company had to issue a statement to let people know Beard Beer is the real thing and not some odd April Fool’s joke.

Whether you’re happy or horrified over the fact that hair isn’t actually in the beer, you can get Rogue Beard Beer for $6.75 per bottle at Rogue.com.

I have this adorable little nephew who just can’t wait to grow up to be “just like his dad,” and that’s in his very own words. I’m not sure if he meant it personality wise though; because the next thing I knew, he was scrambling […]

If you fancy yourself as a dwarf from the Lord of the Rings trilogy or you just love wearing unique attire, this Dwarven Beard with Knit Horned Helm is sure to earn you a few satisfying looks when you put it on. Made from 100% […]

If you loved The Original Beard Hat then meet its first cousin once removed, the Neff Lumberjack Knit Hat with Removable Beard. This facial contraption gives macho beaus a more defined, angular chin compared to the Original Beard Hat, which has more of a rounded beard. Wearing a […]

We at GeekAlerts love bearded hats and we’ve shown you some really cool ones in the past: Cthulhu Ski Mask, Dwarven Beard with Knit Horned Helm, Neff Lumberjack Beard Hat and The Original Beard Hat. All of them are fun; but none of them offer […]

Beards have been known to change people completely. Look at how that bushy beard transformed Joaquin Phoenix into a major punk when he was a guest on Letterman a couple years ago. If you’re looking for a drastic change, maybe the I’m a Man Beard is the one to try […]

Do you love beer? How much? Enough to let the whole world know with this I Love Beer – Beer Bottle Knit Cozy? If you love beer that much, then display it proudly. It is not only a nice sweater for your beer, but it […]