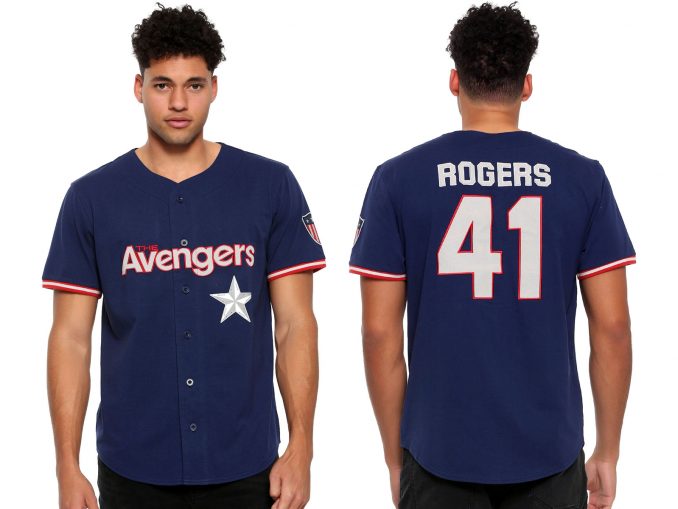 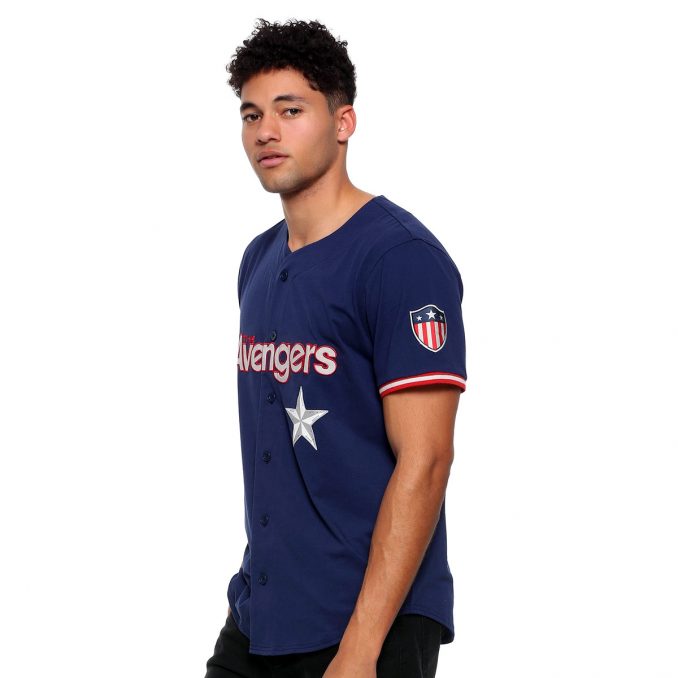 Steve Rogers is the MVP! Inspired by Captain America’s shield, this navy blue baseball jersey features embroidery reading “The Avengers” across the chest, as well as “Rogers” and “41” on the back – the year he was introduced in Captain America Comics #1.

Available exclusively at BoxLunch, The Avengers Captain America Rogers Shield Jersey is $48.90. (At the time of publication, you can save 25% off with BoxLunch promo code BLGIFTS.)

If you need an amazing piece to add to your Marvel collection, consider this Captain America Shield Signed By Stan Lee. Since Stan Lee passed this year, it makes this extra special and extra valuable. This rare Captain America replica shield is autographed by Stan […]

Steve Rogers has been the first Avenger since WWII but the Captain America: Commander Rogers Action Figure reveals the patriotic hero during a time when he let someone else sling the shield. After Rogers was apparently killed, Bucky Barnes AKA Winter Soldier stepped up to […]