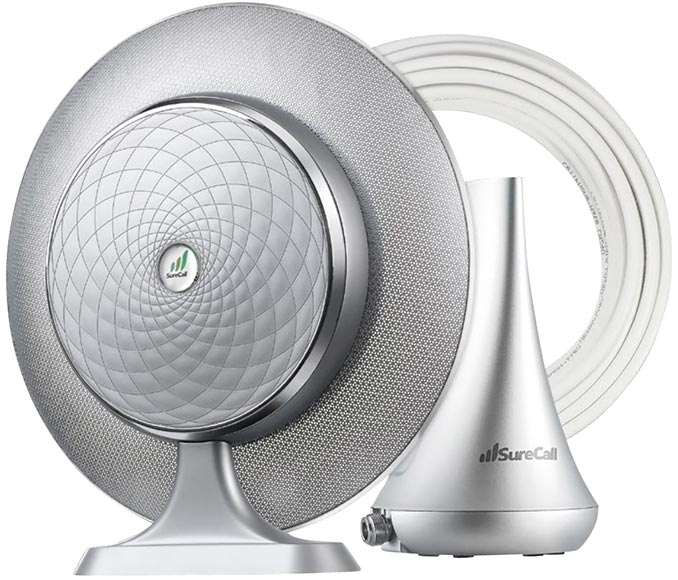 If you don’t have a good cell signal at your home or office, you need the SureCall EZ 4G Five-band Home Cellular Signal Booster. You can say goodbye to dropped calls and boost your 4G LTE data rate quickly and easily with this simple plug-and-play device.

SureCall EZ Cellular Signal Booster is different than other wireless network extenders, such as AT&T MicroCell, because it doesn’t require an Internet connection. It’s also unique in that it supports voice, text and 4G LTE for all major US carriers. It increases the signal strength for multiple simultaneous users, providing 1-2 rooms, up to 2,000 square feet, with better signal coverage.

How it works is pretty simple. You place the SureCall EZ 4G signal booster on a window that has the strongest cell signal. An outward facing antenna in the booster communicates with the cell tower. The booster amplifies this signal and sends it to the tabletop antenna, which rebroadcasts the signal indoors to all mobile devices within range. In a similar manner, the booster also amplifies outgoing cell signal back to the tower.

Dropped calls and slow 4G LTE data speeds are history, as the EZ 4G provides clear and consistent coverage for all cellular devices in 1 – 2 rooms, up to 2,000 Sq Ft. 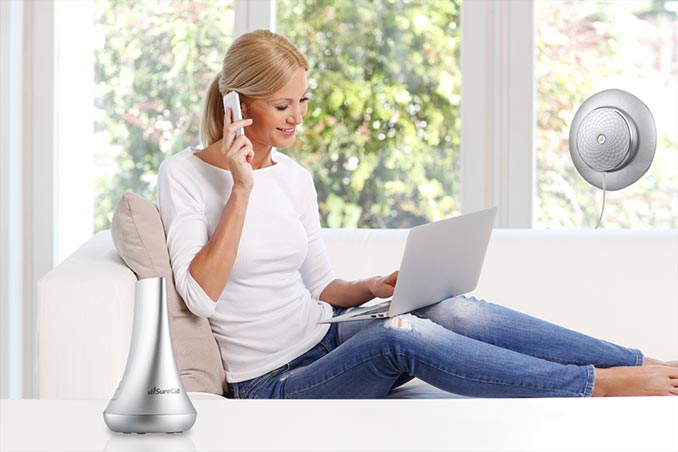 With their great sound quality, affordable pricing, and stylish designs, everybody loves Wicked Audio and they just got a little better. Wicked Audio Cellular Line Headphones & Earbuds are now available in three different styles (Jawbreakers, Metalics, and Tour), come in a variety of different […]

We live in a world of constant connectivity, allowing us to be tweeted, Facebooked, or called any time of day or night, but the Blokket Signal Blocking Phone Pocket allows you to find a little peace and quiet, without having to find the willpower to […]