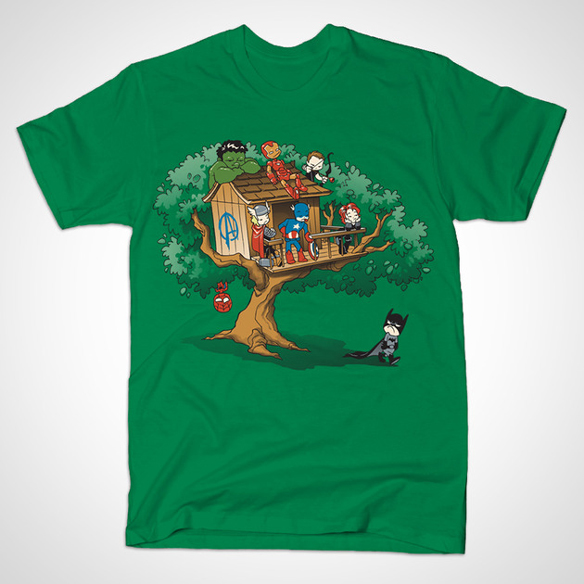 Spider-Man finally gets to play but the Super Exclusive Club T-Shirt proves that not everybody gets accepted into the Marvel clubhouse as Batman gets sent away.

Spidey has finally been greeted with hugs and Shawarma into the same cinematic universe inhabited by the Avengers but poor Batman isn’t allowed to play with the little Marvel heroes in their clubhouse. Judging from that unhappy look on his face, the team better keep an eye out for exploding batarangs. 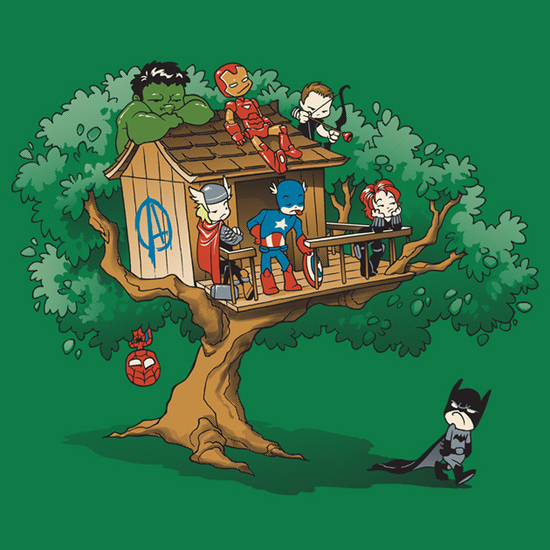 The Super Exclusive Club T-Shirt is available for $20 at TeePublic.com.

The Doctor doesn’t do hugs, and he’s probably not a fan of glitter, either, but that doesn’t have to stop you from wearing these Doctor Who EXPLODING TARDIS Glitter Shoes. The iconic ‘Exploding TARDIS’ scene, as first imagined by Van Gogh, is captured in glitter […]

The Breakfast club meets the X-Men on the X-Fast Club T-Shirt, and detention will never ever be the same again. Cyclops, Wolverine, Jean Grey, Nightcrawler, and Rogue get mashed together with everyone’s favorite group of 80’s detention-bound troublemakers, courtesy of artist DANDSTRBO. The best part, […]

If you love listening to music and want to bring DJ Club quality sound into your bedroom or studio, then you are going to want to take a look at the Hercules XPS 2.0 30 DJ Club Speakers. This is the same company that introduced […]

Kids, as well as adults love to roleplay and pretend that they are Batman. You just need the right gear. This Batman Dark Knight Rises Batarangs 2-Pack will give you two of Batman’s favorite weapons. These are just like the gold batarangs from the Christopher […]

Golf is a fun sport, but it has always been associated with funny pants and weird looking shirts.  Why not liven up your golf game and show your love for Star Wars at the same time.  The Star Wars Yoda, Darth Vader and Chewbacca Golf […]