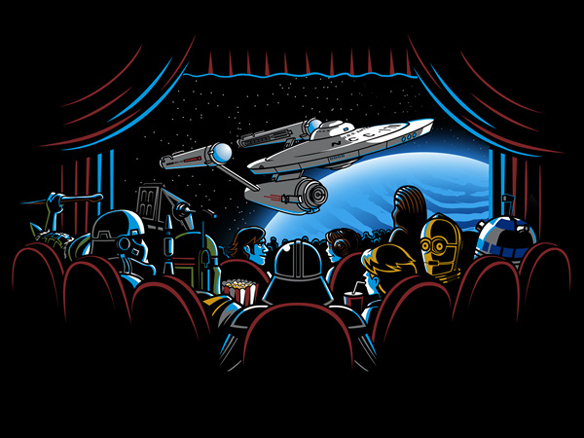 The Star Wars Star Trek Movie Watchers T-Shirt shows what the heroes and villains in a galaxy far, far away do when they’re not busy trying to either rule or defend the galaxy.

Han and Chewie might pilot the Millennium Falcon, and Luke and Darth wield lightsabers with ease and skill, but not even Rebels and Imperials can pass up the opportunity to watch the adventures of Captain James T. Kirk and the crew of the Enterprise.

The shirt features all your favorite characters from the Star Wars films – even Jedi Master Yoda can’t contain his enthusiasm. 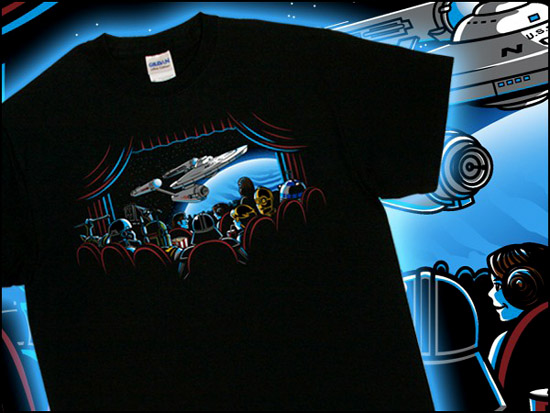 The Star Wars Star Trek Movie Watchers T-Shirt is available for $14.99 at TShirtBordello.

I hope that your office has causal Friday’s this summer; if it does, we have the perfect t-shirt for all the Star Trek lovers out there.  The Officially Licensed Star Trek Original Series T-Shirts come in yellow, red, blue and green.  Now you can show […]