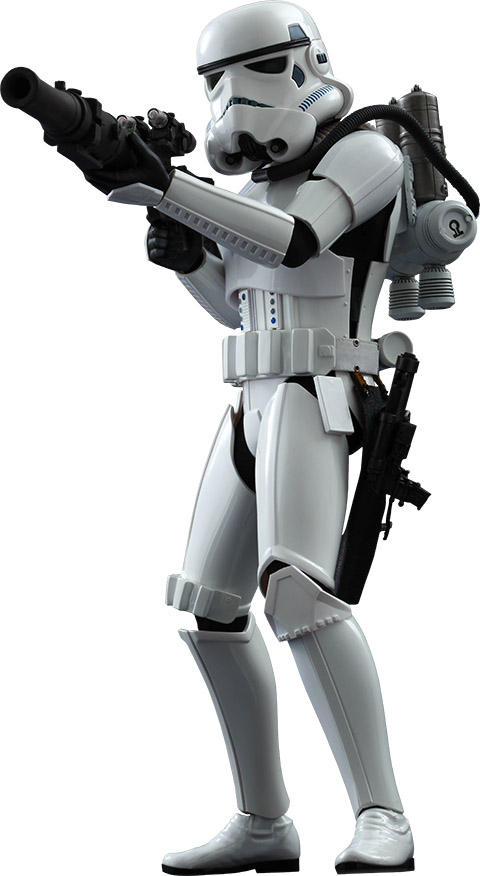 The Star Wars Spacetrooper Sixth-Scale Figure lets you celebrate a new hope as a force awakens within you that craves retro goodies from a long time ago, in a galaxy far, far away.

Before Episode VII, and even before Episode I (George Lucas math), there was Star Wars Episode IV A New Hope, which introduced us to Spacetroopers, which are basically Stormtroopers with better armor. This 11.81-inch-tall figure lets you bring that rarely-seen character home with you. In addition to a rebreather pack with detachable parts, the figure also comes with 8 interchangeable hands, a specially-designed figure stand, and two different blasters that absolutely will not improve his aim.

The Star Wars Spacetrooper Sixth-Scale Figure will be available Nov 2015 – Jan 2016 but it can be pre-ordered now for $219.99 at Sideshow Collectibles.

The Star Wars Sandtrooper Sixth-Scale Figure is so detailed you’ll almost feel the twin suns of Tatooine blasting down on you. Based on the Tatooine Squad Leader seen in Star Wars Episode IV: A New Hope, the figure stands 11.81-inches-tall, has 3 types of blasters, […]