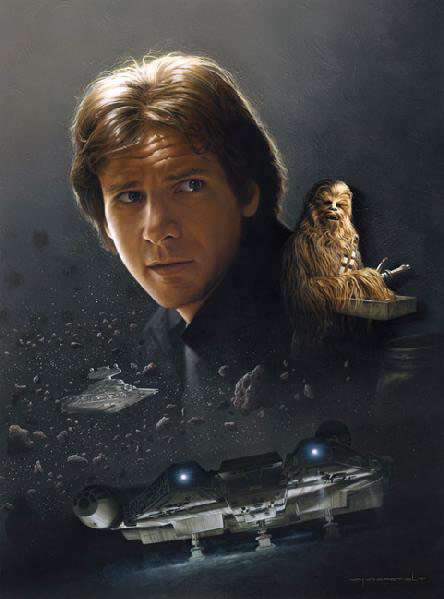 Star Wars fans that have a passion for art are probably already picturing the Star Wars “Smuggler’s Hideaway” Print hanging on their wall and it’s perfectly understandable because it’s an excellent look at a favorite scene from The Empire Strikes Back.

Sure, Luke Skywalker was the main character in the original trilogy but the poor farm boy really didn’t stand a chance at winning the popularity contest when placed next to Han Solo, the smuggler with a heart of gold.

In this awesome print, we get a great portrait of Harrison Ford as the iconic rogue, along with his faithful friend and co-pilot, Chewbacca, against a jaw-dropping background that includes a Star Destroyer cruising through an asteroid field and the Millennium Falcon looking more stylish than it probably ever has.

Did an army of guests just invite themselves over to stay at your place for the holidays? Where are they all going to sleep? Once every bed, sofa bed, couch and camping mattress is claimed, you still might need to resort to the Hideaway Guest Bed. This isn’t your average guest […]