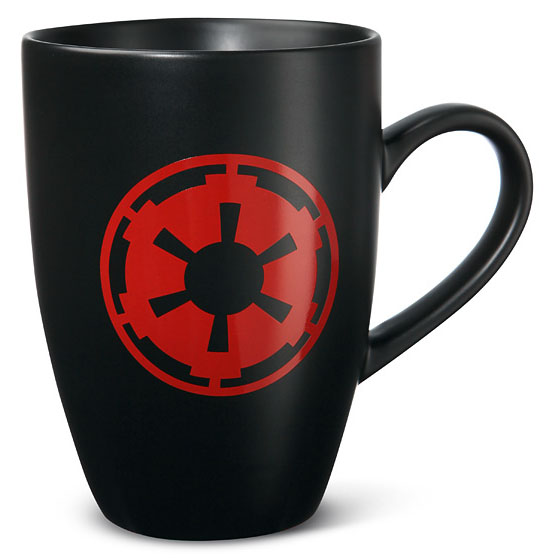 Sometimes subtle actions are best, especially when you are plotting a takeover or stealing a company promotion right out from under your best friends nose.  With little things like the Star Wars Imperial Belt Buckle and this Star Wars Imperial Logo Mug, people will get the idea that you are someone on the move but will they really know what you are up to?  Just don’t make the mistake of letting some half wit architect design your plan only to leave a two meter hole big enough for a womp rat to get in. 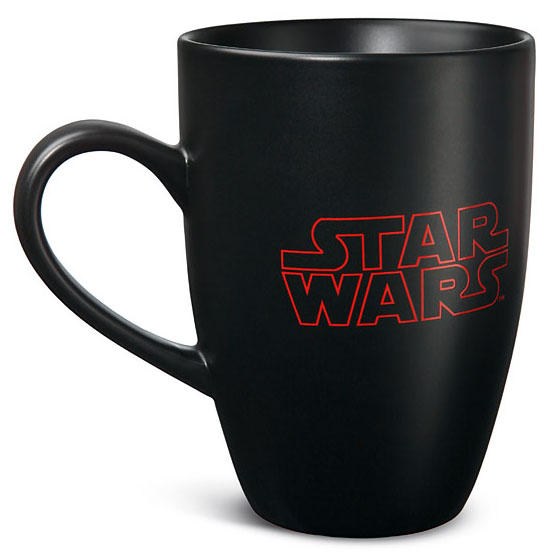 Show your love for all things Dark Side with this officially-licensed Star Wars Collectible 12oz mug.

The Imperial Logo Mug is 12 oz of badass black ceramic designed to hold the darkest of dark roasts. Emblazoned with the logo of the Galactic Empire, it serves as a warning to every rebel scum in the Galaxy. They’d better watch out because this Empire is fully-caffeinated.

You can purchase this Rebel crushing Star Wars Imperial Logo Mug at ThinkGeek for $9.99.  Don’t forget to checkout these other great mugs: Darth Vader, Ghostbusters and TARDIS.

If you are a part of the light side, this Star Wars Rebel Logo Mug will let everyone know. Just set it on your desk and pretend that you are an admiral of the rebel fleet, with a desk job. This ceramic mug has the […]

How’s that collectible mug collection coming along?  Do you have enough to get you through the work week?  You’ve seen the Tardis Mug, the Doctor Who Mug, Duct Tape Mug and Wind Up Mug; how about adding the Ghostbusters Logo Mug to that collection.  Since […]

This Star Wars Black Empire Ceramic Teapot would be Darth Vader’s teapot of choice if he invited Palpatine over for tea. It is ceramic and has TIE fighters and a large Imperial logo. It is officially-licensed Star Wars merchandise for the geek who loves tea. […]

Rest your head on this Star Wars Imperial & Rebel Throw Pillow Set and dream of a galaxy far, far away. You get both the rebel and the Imperial pillows in this set. Throw them on your bed, couch, or wherever you want to add […]

The Star Wars Double Wall 12oz Ceramic Travel Mug is a stylish way to drink your coffee while on the go. This black ceramic mug has the Star Wars logo on one side, and the logo of the Galactic Empire on the other. It will […]

If you think an R2-D2 belt buckle is a little too much, try this new Star Wars model instead.