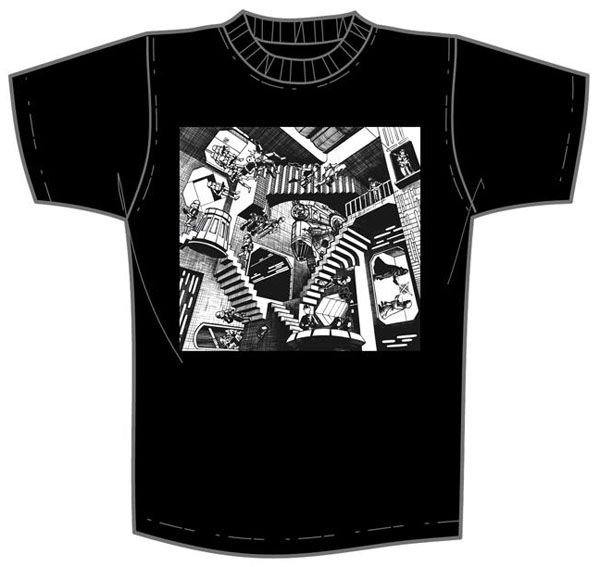 The Death Star was a scary place, but imagine how much worse it could’ve been if artist MC Escher had designed it. The Star Wars Death Star Relativity T-Shirt lets your imagination run wild as you see what Luke, Han, and the rest of the gang would’ve been in for if the Emperor had been an Escher fan.

The image, based on the classic Relativity drawing created by Escher, features numerous iconic scenes from Star Wars, including Han and Chewbacca running from Stormtroopers and Luke getting ready to swing across the chasm with his sister clasped firmly against his hip. Ewwww! 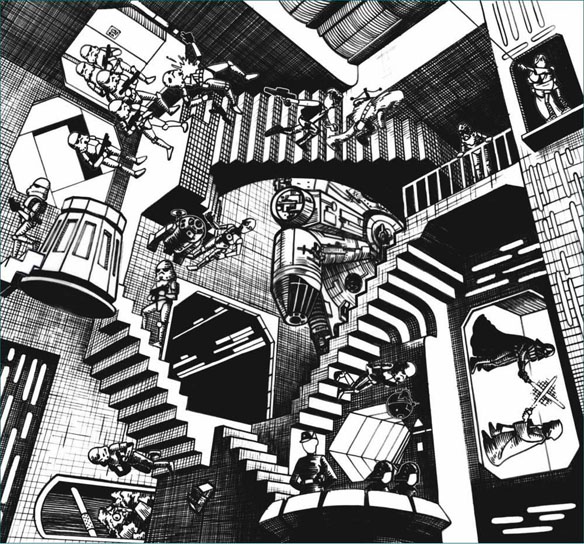 The Star Wars Death Star Relativity T-Shirt is available for $35 at Super7store.com.

So you’ve got a hot date tonight and totally forgot that you’ve got a family dinner to attend as well. What’s a girl (or guy) to do? There’s no easy solution when you’ve accidentally (or just stupidly) double-booked your evening. But depending on which party […]

If you enjoy doing puzzles with a twist, then you’ll have a ball with this Mirrorkal Escher Puzzle. On each of these tiny cubes, you’ll see a tiny print that’s part of a greater picture that’s actually a work of artist M. C. Escher.

Pop culture meets art culture with the Batsy Escher T-Shirt, putting an artistic spin on an iconic scene from the 1966 Batman movie. One of the most memorable scenes in 1966s Batman is when Batman is trying desperately to get rid of a bomb… and […]

Seeing this Personalized Tree Swing has made me realize that it’s something I’ve always wanted but forgot about. What commercial was it where the gal was swinging away without one care in the world? Anyway, I want to be her. Plus, nothing says “it’s mine, all […]