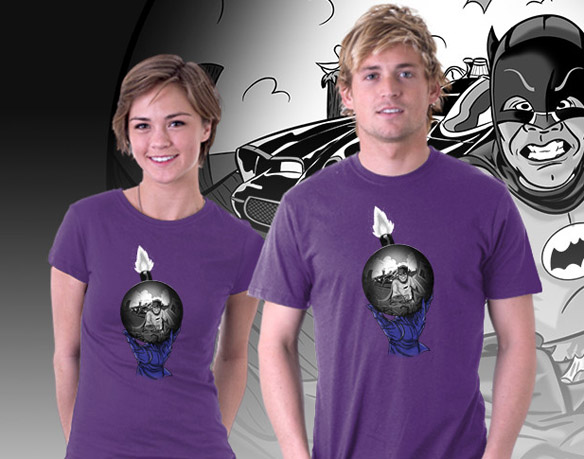 Pop culture meets art culture with the Batsy Escher T-Shirt, putting an artistic spin on an iconic scene from the 1966 Batman movie.

One of the most memorable scenes in 1966s Batman is when Batman is trying desperately to get rid of a bomb… and failing miserably at it as the fuse burns shorter and shorter. Artist DixonDesigns has given that moment a twist by merging it with M. C. Escher’s Hand with Sphere. Now, after all these years, you know exactly what Batman was seeing as he ran around with that big bomb.

Yes, I know he was actually carrying the bomb with two hands in the film but work with me here. It’s a cool piece of art. 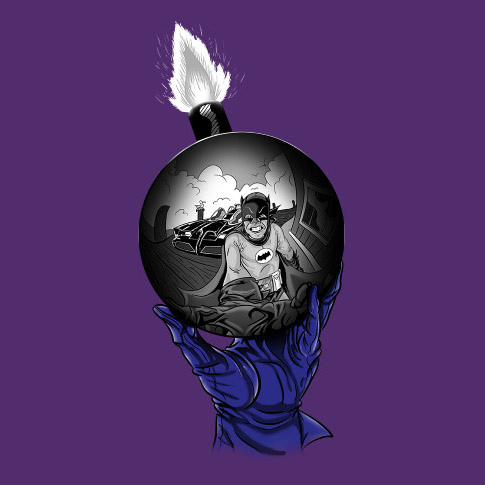 The Batsy Escher T-Shirt is available for $20 at TeeFury.

If you enjoy doing puzzles with a twist, then you’ll have a ball with this Mirrorkal Escher Puzzle. On each of these tiny cubes, you’ll see a tiny print that’s part of a greater picture that’s actually a work of artist M. C. Escher.

The Gear Ball Puzzle Sphere is a puzzle cube that has been pumped up into a sphere, and then they added gears. This will be a fun challenge. Turn it and watch the gears rotate and the colors will get all messed up. Can you […]

The Death Star was a scary place, but imagine how much worse it could’ve been if artist MC Escher had designed it. The Star Wars Death Star Relativity T-Shirt lets your imagination run wild as you see what Luke, Han, and the rest of the […]

If you are looking for a stylish fan but don’t like those old box shaped types, check out this Aero Sphere Fan. These fans have a spherical honeycomb design that looks great while they keep you cool. The “teardrop” shape sits on the floor or […]