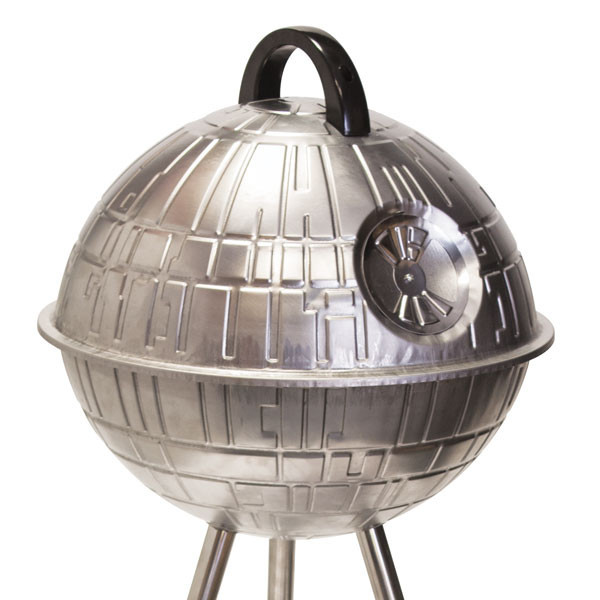 Standing 33-inches tall, this officially-licensed grill adds just the right amount of Star Wars flavor to any outdoor occasion. It’s made of stainless steel, has a heatproof handle, and even cleverly disguises an air vent in the design of the laser cannon.

Let’s say you want to slap a little meat on the fire and the day starts to turn to night faster than you had planned, or you just want to set up the pit in the shade so the sun isn’t blasting down on you. […]

This awesome Portable BBQ Grill Briefcase has enough room to cook for two and it is in an ultra portable form factor. It has an ash-catcher for easy mess disposal and it closes and locks securely for transport. Now you can grill anywhere and look […]

A NASCAR-themed BBQ grill – finally you can spice up your garden with a cooking equipment that looks alright next to your F1 Lawn Mover. A full size stainless steel Cal Flame 4 burner propane BBQ grill with lights! Slide out storage compartment for coolers, […]

The weather is warming up so it’s time to Barbecue once again. Clean up your grill and get set up. Don’t forget your Backyard BBQ Hamburger and Hot Dog on the Grill Salt and Pepper Shaker Set. It’s the perfect way to season your barbecued […]

BBQ tools are pretty much a no-brainer when it comes to Father’s Day gift ideas, but does your dad have the Swashbuckling BBQ Sword?