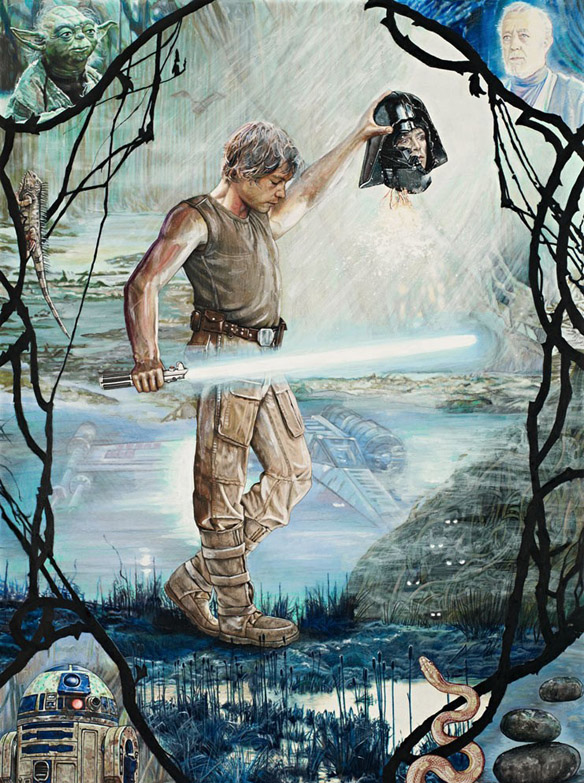 Inspired by the legend of Perseus slaying Medusa the Gorgon, artist Jon Marro has substituted Luke Skywalker in the role of the hero, with Ben Kenobi, Yoda, and R2-D2 looking on as he holds the decapitated head of Vader in victory… which is probably bittersweet since it’s Luke’s face looking out at him from the shattered remains of Vader’s helmet.

The Star Wars Classic Trilogy Perseus Skywalker Art Print will be available later this month but it can be pre-ordered now for $294.99 at Entertainment Earth.