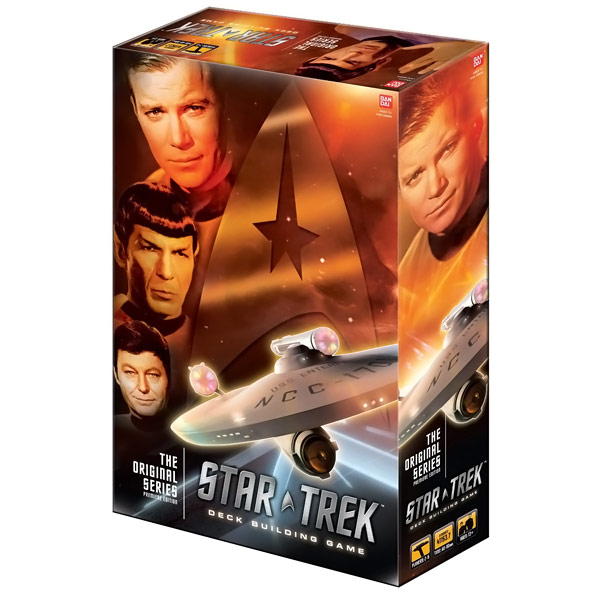 The Star Trek the Original Series Deck-Building Game isn’t about making a deck for you to grill on and drink beer. It’s an awesome card game where you are the captain of a small starship.

You start with a basic crew and basic weaponry that greatly reduces the number and type of events from the regular Star Trek Deck-Building Game, to reduce the randomness. In this way players can control their outcomes better. The game has updated Exploration and Infection Scenarios a never-before-seen Handheld Mechanic, and a set of Draft Missions.

The Star Trek: The Next Generation Premier Edition Deck Building Game makes you the captain of a small starship, allowing you to explore and experience the Star Trek universe. You start out with a standard crew and basic weaponry. You can improve your ship’s systems […]

The Legendary Encounters – An Alien Deck Building Card Game is hours of fun and it is like being able to play the actual movie. You can battle everything from super villains to chest-bursting, face-hugging aliens. This game features some of Alien’s greatest heroes, including […]

If the WheeMe the Mini Massage Robot and the Futuristic Head Massager won’t give you the treatment you need, maybe this new batteryless handheld model will be your ticket to relieve tension and stress.