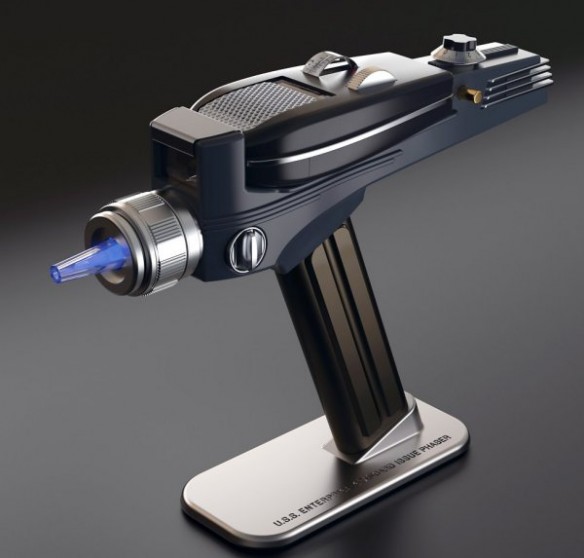 Change your channel like you are firing at a Klingon thanks to this Star Trek Original Phaser Universal Remote Control. This future weapon will control your TV, iPod & other gadgets with multiple gestures.

This highly-detailed and accurate replica is fully functional and even has a detachable Type I Phaser unit. It also plays a wide range of original series Phaser and Star Trek sounds. It might not shoot lasers, but this is the next best thing. 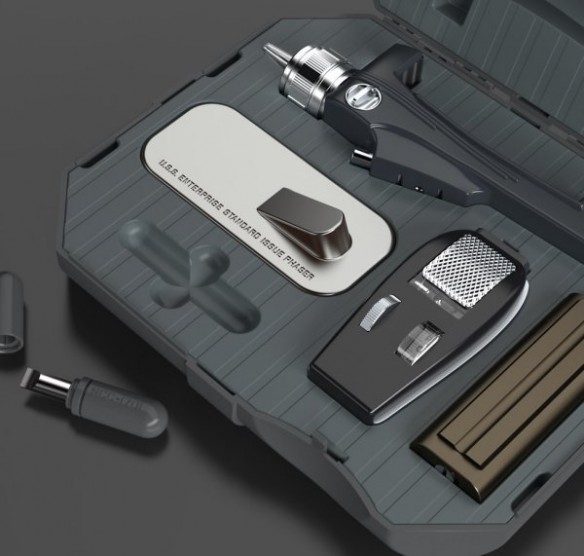 Some of the features include:

It even comes in its own rugged foam-lined weapons crate, as if it came right out of the original Enterprise armory. This awesome remote is just $204.89 from Firebox.com. Update: Now available for $149.99 at ThinkGeek.

This Star Trek Phaser-Controlled Rock Mood Light is based on “The Enemy Within,” an episode from the first season of Star Trek The Original Series. In the show, the landing party is stuck on a planet and they survive the cold temperatures by heating rocks […]

It’s not practical to carry around full sized phasers. This Classic Star Trek Phaser Mini LED Light is the perfect size for you to carry with you at all times. You never know when an alien might attack. Be prepared. This tiny version of the […]

Have the power of a Star Trek Phaser on your wrist with these neat Star Trek Phaser Cufflinks. You know Captain Kirk would wear these. They allow you to geek up your attire while still keeping things looking suave. These super cool and stylish Star […]

Star Trek The Next Generation Phaser