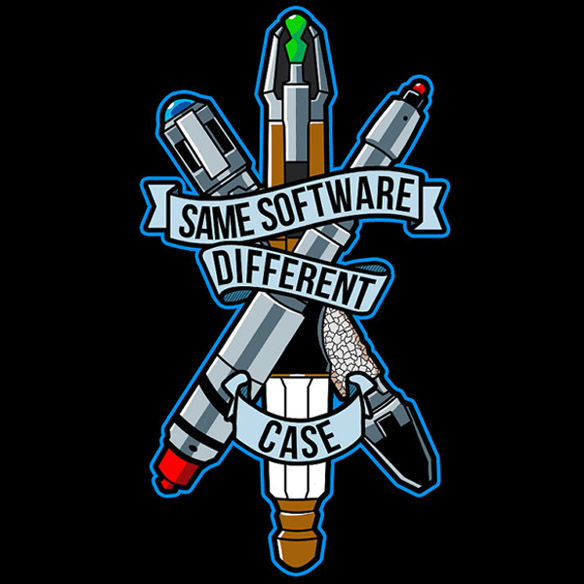 By your powers combined… Oh, sorry. Wrong fandom, but the concept still works with the Doctor Who Same Software Different Case T-Shirt.

It’s always fun to see different versions of the Doctor working together, but there was something extra nice about seeing the Tenth Doctor, the War Doctor, and the Eleventh Doctor join forces in the Doctor Who 50th Anniversary episode, especially when they realized the truth about the sonic screwdriver. Just like the man who wields it, the case might occasionally change but the software always remains the same, which comes in handy when it’s important to solve a problem that takes hundreds of years to solve.

The 100% cotton tee features the sonic screwdrivers of Ten, Eleven, and War Doctor, along with stylish banners that read ‘Same Software Different Case.’ 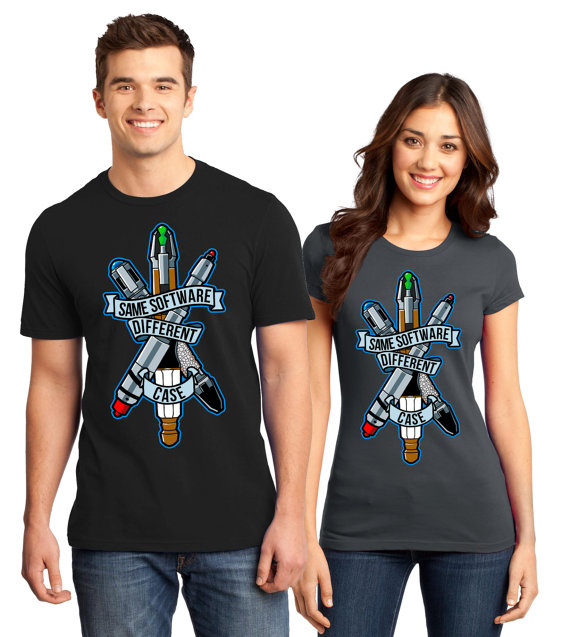 The Doctor Who Same Software Different Case T-Shirt is available for $19 at sugarpoultry’s Etsy store.

Do you want to dress Who? Of course you do, because Who is where it’s at. The Doctor Who Sonic Vortex T-Shirt lets you celebrate three awesome aspects of the Doctor Who universe in comfortable style that lets you show your geeky leanings in a […]

Ever feel like screaming when you have to open your wallet and whip out some cash? Now you can let the Sonic Wallets do the screaming for you, although you’re still responsible for any money exchanging hands. These noise-making money holders come in a variety […]