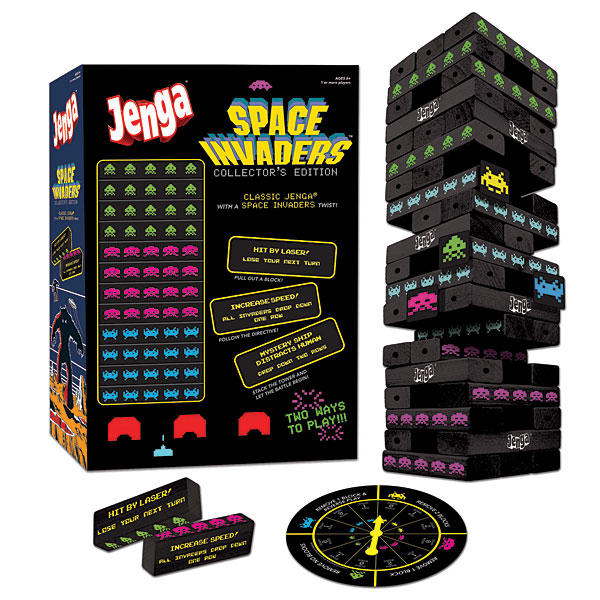 Get ready for a whole new spin on Jenga. Space Invaders Jenga takes the game and adds some awesome retro video game style.

This Space Invaders-themed Jenga set even has a second type of game play. As you remove blocks, you’re also trying to move your Invader down the tower. The closer it gets, the worse it will be for human-kind.

Two classic games come together to create the awesome Jenga Tetris Game, and it looks like it’s ready to push your skills to their limit with the new dimension added to the game by one simple twist. The tower-building game, Jenga, gets more challenging as […]