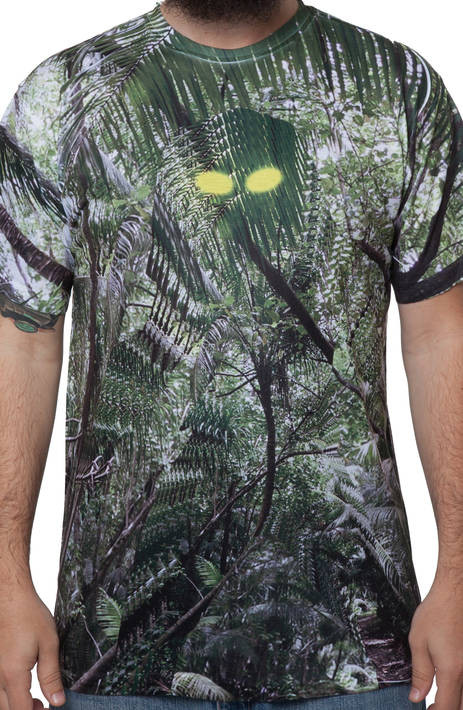 In addition to the Ah-nuld (80s action hero extraordinaire), the sci-fi flick, Predator, had some pretty cool visual effects, and the Something’s Out There Predator T-Shirt lets you wear the most awesome visual on your chest.

Most films fail when it comes to showing invisibility, usually just opting to not have anything in the actual scene. That’s an accurate portrayal but boring to see. However, in Predator, you could just barely get a glimpse of the creature. You could tell something was there but you couldn’t tell what it was.

The front of this 100% polyester tee features the cloaked, shimmering image of the alien hunter, complete with glowing eyes. The back continues with the jungle background and features the quote from the film, “There’s something out there waiting for us and it ain’t no man,” along with the unique three-point targeting laser used by the Predator. 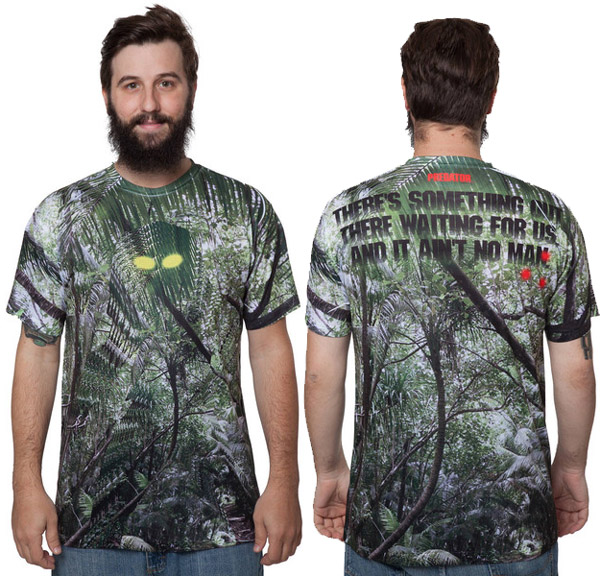 The Somethings Out There Predator T-Shirt is available for $35 at 80sTees.com.

This Predator Masked Hunter Legendary Scale Bust is a must for serious Predator fans. It is a limited edition of only 400. He has his bio-mask and shoulder-mounted cannon as well as a light-up red tri-laser target designator. Buy it today and make the hunter […]

Predators love to pack a lunch, because you get pretty hungry hunting big game and collecting trophies. They would love this Predator Lunch Box With Thermos, since it bears their likeness. The alien hunter from the classic sci-fi film Predator is featured front and center […]