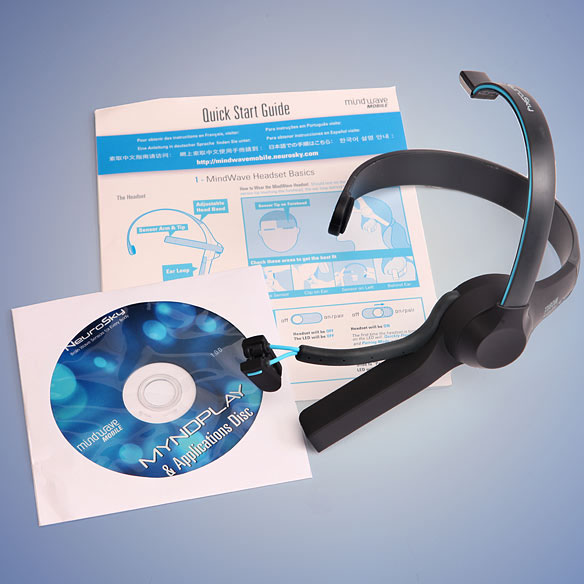 Have you ever wanted to expand your mind. I’m talking in a strictly legal way of course. The NeuroSky Mindwave Mobile is an affordable research-grade EEG headset that interfaces with mobile devices on iOS and Android.

Oh and also your desktop computer. You can play games, brain trainers, and even use educational apps. It’s the first step to a brain-computer interface. It might not give you Jedi powers, but it should improve your brain powers.

It’s compatible with the iPhone, iPod Touch and iPad as well as Android phones and tablets. Mac or PC as well and it includes 5 bonus apps for your desktop: The Brainwave Visualizer, Man.Up, ZombiePop, Meditation Journal, and the MindWave Tutorial. 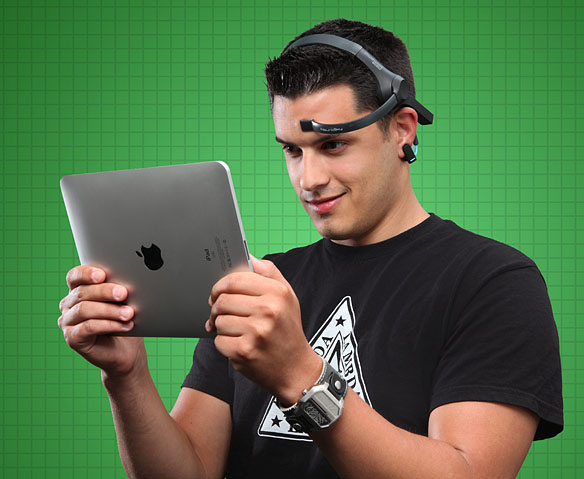 You might look like you’re a man from the future when you put the NeuroSky Mindwave on, but it actually does something more than just give you an ultra geeky and futuristic look.

Ever watch a movie and wish you could change the ending, or at least make sure your favorite character makes it to the end credits? You can with the Mind Controlled Movie Director. Stay calm because it’s not like you can alter the ending of […]

The great thing about cats is that you can know how they feel without them saying a word, which is good since cats can’t talk. The Necomimi Brain-Controlled Cat Ears provide the same luxury for you because having the ability to let words come of […]

Have you ever felt jetlag, severe tiredness or anxiety? Well the Valkee Brain Stimulation Headset could help. Developed and researched since 2007 by a venture-funded, scientifically backed Finnish company, the Valkee uses light sent through the ear canals to focus on photosensitive regions of the brain; which […]

Are you ready to take your Jedi training to the next level?  The Star Wars The Force Trainer is great for Star Wars fans ages 8 and up and offers 15 levels of training with with the remote and wireless headset.  Use the power of your […]