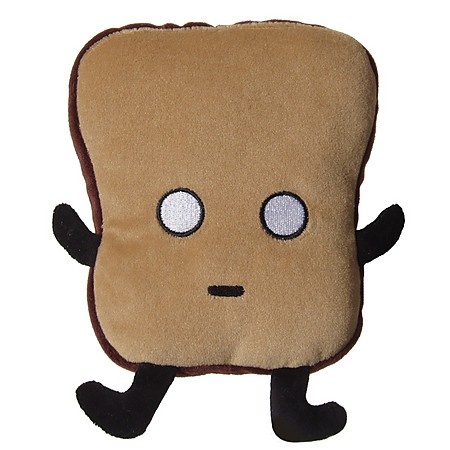 If there’s ever a piece of toast that looks jaded, it would be Mr. Toast in his plush version. The Mr. Toast Plush Toy looks like a regular piece of toast with some eyes, a straight mouth, and a pair of hands and feet that’s just calling for you to hold it with.

Coupled with the Shaky Bacon Toy, the Mr. Toast Plush Toy would make a fine addition to your child’s plush collection. Bring the comics created by Dan Goodsell to life with these plush toys that even adults would like. 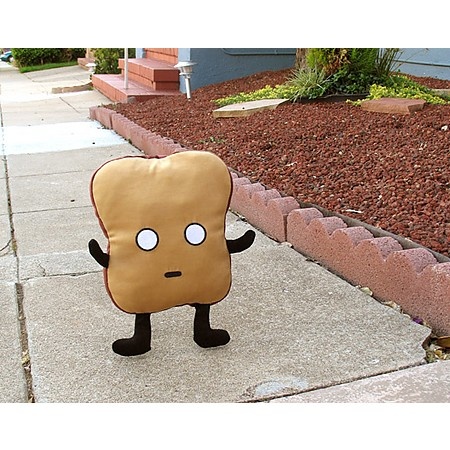 Mr Toast lives in Imaginary World, a dream-like setting that he shares with the rest of the gang: a hard-boiled egg called Joe the Egg, a naïve lemon called Lemonhead, a sophomoric slice of bacon called Shaky Bacon, and an onion with no hang-ups called Mope the Onion.

Mr. Toast has a peculiar sense of humor and he enjoys life’s little pleasures such as sunbathing in an open field or trimming the Christmas tree with his friends. He’s the leader of the pack and the star of several comics created by American writer and illustrator Dan Goodsell.

You can get the Mr. Toast Plush Toy from Curiosite for $8.37.

Contrary to what its name might suggest (and just in case you’re not very familiar with Mr. Toast and his other appetizing friends), the Shaky Bacon Toy doesn’t actually shake–without your help, that is.

Growing up I actually lived fairly close to the Ferrara Pan Candy Company, which is located in a suburb of Chicago. When they were making Red Hots, you could enjoy the sweet cinnamon smell all around the neighborhood even from in your car driving by […]