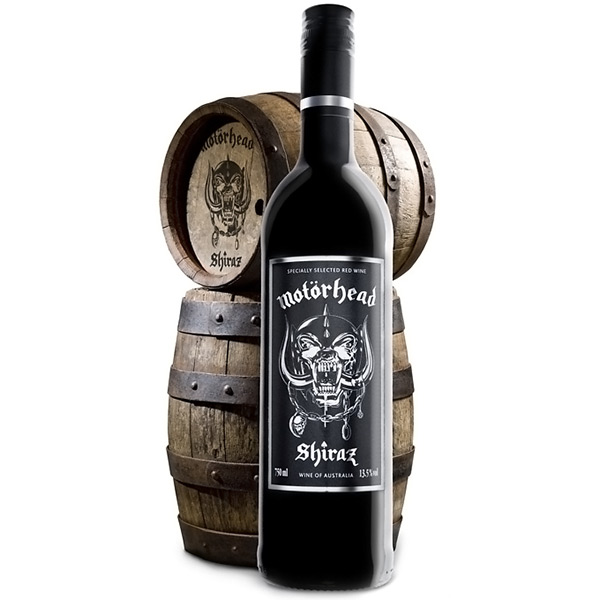 When Bakon Vodka and Fireball Cinnamon Whisky aren’t enough, you can always add a glass or two of the Motörhead Shiraz. Named after the legendary heavy metal band, this officially licensed Australian Shiraz combines a classic blend of the band’s iconic snaggletoothed style with a wine that’s as rich and delicious.

A wine from Lars Ulrich (drummer of Metallica and noted art collector) would have been much less surprising than one from Lemmy Kilmister of Motorhead. Not because Metallica is overly commercial, but because Lemmy seems better associated with whiskey than Shiraz. In any case the label rocks, and let’s hope the wine does as well.

Pour yourself a generous measure and raise your goblet of rock. Here’s to you, Lemmy. 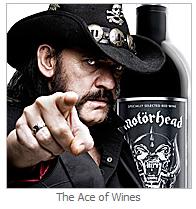 You can pre-order the Motörhead Shiraz from Firebox.com for £19.99 a bottle or pick it up now at (update: link removed because the website is gone) for €12.55 per bottle.

Keep an eye out for their soon to be released Motorhead Vodka and Rose wine.

Ten Forward is the name of the lounge on the USS Enterprise-D from Star Trek: The Next Generation where crewmembers could enjoy a beverage from the bar and a game of chess. That’s what makes it a perfect name for the new Star Trek Ten-Forward […]

Last week we completed a hands-on review of the Metro Kart Rolling Cooler. Make sure you check it out for a great way to keep food and drinks cool on picnics, trips to the beach, at outdoor concerts, etc. There were also many cool new […]