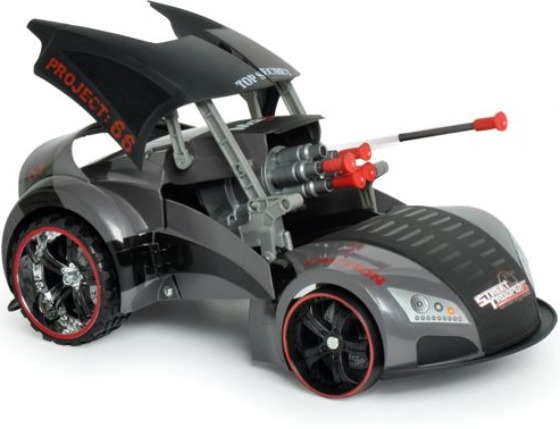 This remote controlled car features a hidden five-barrel launcher, capable of shooting rubber-tipped missiles up to six feet away. Here’s a video clip showing how the car almost in a Transformers style unveils its weaponry.

A touch of a button on the remote slides back the car’s windshield and raises its roof to reveal the launcher, which holds five 3 1/2″ long suction cup-tipped darts. Successive taps of the shoot button launches each dart one-at-a-time up to 6′ away. After all ordinance has been expended, the car transforms back to its unassuming form at your command. 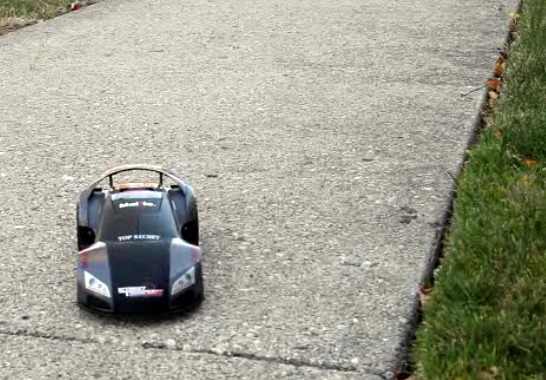 The Missile Launching Remote Controlled Car is available for $69.95 over at the Hammacher Schlemmer webstore.

Last month we covered the Spyfire R/C Blaster here at GeekAlerts and now yet another follow-up to the original USB missile launcher has been announced. This time it’s Marvel who has come up with a friendly neighborhood Spider-Man model.

So, yesterday we saw the USB Missile Launcher with Webcam and today it’s time for yet another new approach on this product; a wireless version.

RC Car In A Can

You can scare people and freak them out with the Radio Controlled Rat. But for some intense remote controlled racing action, you have got to get one (or two) of these RC Cars In A Can. You can expect the cars to be of the […]