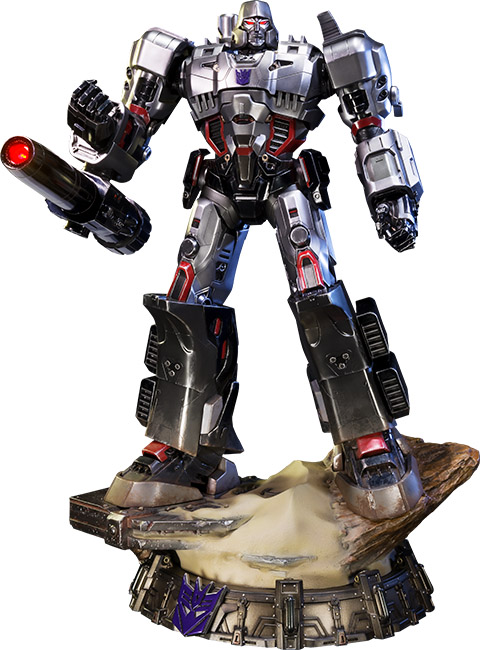 There’s really not more than meets the eye to the Megatron (Transformers Generation 1) Statue, but it’s still very cool.

Standing approximately 23-inches tall and based on the Decepticon leader’s look in the classic Transformers animated series, Megatron is prepared to wage war against the Autobots, ready to face them with his LED light-up eyes and fusion cannon.

The statue was designed by artist Josh Nizzi, who also created Megatron’s unique look in the Transformers movies.

The Megatron (Transformers Generation 1) Statue will be available Jun 2017 – Aug 2017 but it can be pre-ordered now for $969 at Sideshow Collectibles.

The evil leader of the Decepticons goes retro with his new disguise as the Sega Genesis Megatron, and he even comes with a game controller and a miniature Sega Genesis Sonic the Hedgehog cartridge. Okay, let’s go ahead and get the bad news out of […]

Back to the Future Mr. Fusion Car Charger

The Back to the Future Mr. Fusion Car Charger charges using electricity, not waste. That’sa good thing, because otherwise your car will smell like trash. It has two USB charging ports and each will provide 2.1 Amps, which is enough to charge 2 tablets at […]