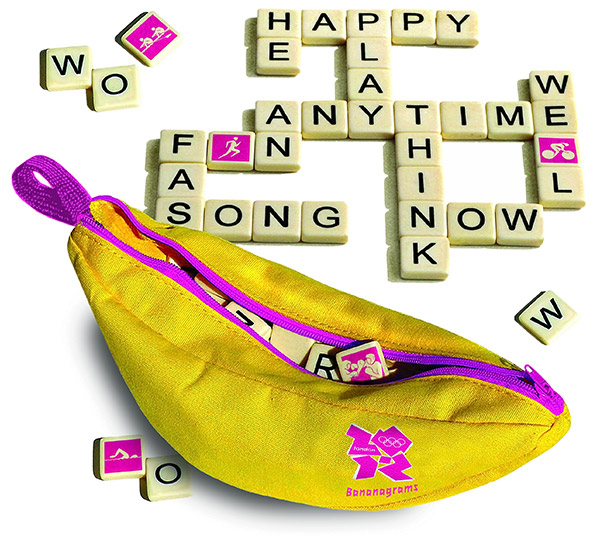 Many people enjoy playing word games on their cell phone, such as Words With Friends, WordsWorth, and Textropolis. Yet when you’re with a group of friends in person, you don’t want to be glued to your iPhone. To interact with each other you can break out a board game, with Scrabble being the most popular choice for word aficionados. However, these days there is a new choice for millions, Bananagrams, because it is fast-paced and fun. We take a closer look at the newest edition of this product in this London Olympics 2012 Bananagrams Game Review.

With the Summer Games just around the corner, the London 2012 Olympic committee has named Bananagrams the official word game of the event. Because of this, the company introduced this 2012 London Olympics Special Edition Bananagrams. In addition to being an exciting word game that can get your friends and family laughing, it shares other cool features with the original Bananagrams including the fun and very compact banana shaped zipper pouch packaging that makes it easy to take with you. Also, like the original, you can play this fast-paced (you need just 5 minutes to play a hand) word game without a board, paper, or pencil.

In fact, this London Olympics 2012 Bananagrams Game is just like the original except for the London 2012 Olympics on the pouch and the addition of 5 London 2012 joker tiles that can be used as any letter (like the blank tiles in Scrabble). Of course, you can always leave those tiles out if you want the original style of play. 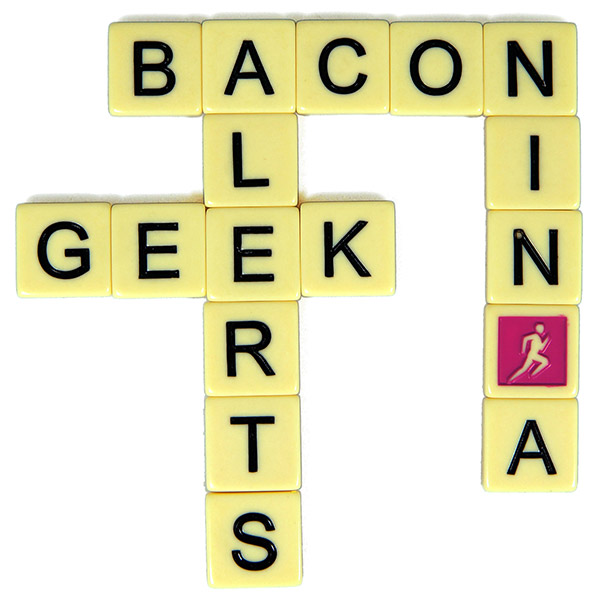 If you already have Bananagrams, there is little incentive to upgrade to this version, unless you are a hardcore fan of this game or Olympic collectibles. But if you do not have any version of this game, you need to buy it. It is a great game for family fun and getting friends interacting, plus it is good brain exercise. This Olympics version gives you some extra play options with the joker tiles making it the one to purchase if you have a choice, but the original is also fine if you can’t find this special edition.

London Olympics 2012 Bananagrams are available at Target and independent toy stores. You can also buy it online for £15.26 at Amazon.co.uk. The original game is available for $14.95 at Amazon.com.

I’ve always loved playing Bananagrams. Aside from being a fun way to exercise your brain and determine the depth of your vocabulary, it’s also extremely handy and hassle-free because you don’t need any boards, pencil, or paper to play it. All you need are the […]

Funglish Game is a fun guessing game with a twist. It’s not like Pictionary, since no one’s going to be acting anything out. It’s not like the Morphology Board Game either, because no one’s forming any clues from the included set of props and build […]