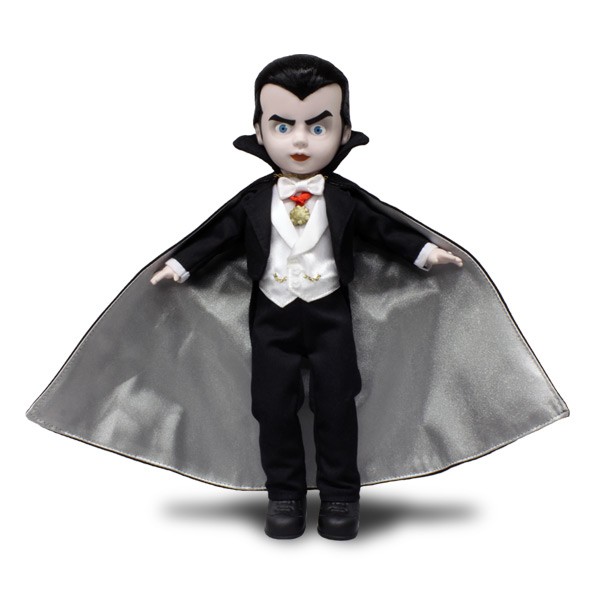 Before the age of sparkly vampires, one bloodsucker proved that you could be sexy and dangerous at the same time… without being lame. The Living Dead Dolls Universal Monsters Dracula gives the greatest vampire of all time the LDD treatment, resulting in an undead creature that’s too cute to stake. Can you resist that widow’s peak? The arched eyebrow that reveals just a hint of attitude?

Also, the little guy’s window box features art from the classic film that introduced the character.

The Living Dead Dolls Universal Monsters Dracula is available for $24.99 at Entertainment Earth and for $32.97 at Amazon.com.

You’ll feel like doing the Monster Mash when you’re carrying the Rock Rebel Universal Monsters Coffin Backpack. Frankenstein and his Bride. The Creature from the Black Lagoon. Dracula and the Wolf Man. They’re all here to help you carry your things. Who knew the Universal […]

Temptation and pain have never looked as cute as they do with the Living Dead Dolls Hellraiser III Pinhead Red Variant. Red like the blood that flows through your veins, this 10-inch-tall Living Dead Doll features Pinhead looking cuter than he ever has before. In […]