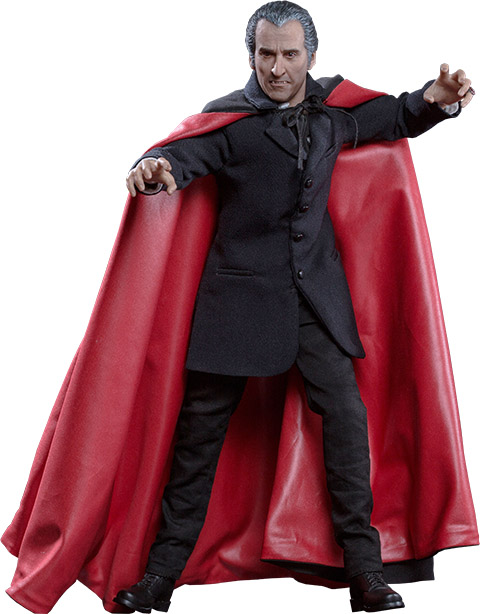 This evil must not be destroyed, and by ‘evil’ I mean the Count Dracula Sixth-Scale Figure.

He’s been Dooku in Star Wars, Saruman in Lord of the Rings, Scaramanga in a James Bond movie, Fu Manchu, and Sherlock Holmes, but to many people all over the world, Sir Christopher Lee will always be remembered as Hammer’s Dracula.

This 11.81-inch-tall figure features Lee as the classic vampire in the Hammer film, Scars of Dracula, and he comes with a variety of scary goodies that include interchangeable hands, two interchangeable heads (with one featuring exposed fangs), and a bat.

The Count Dracula Sixth-Scale Figure will be available Dec 2016 – Feb 2017 but it can be pre-ordered now for $229.99 at Sideshow Collectibles.

Fans of the video game franchise Castlevania are going to love this Castlevania Dracula 18-Inch Statue. This statue depicts Dracula, accurately and highly detailed. It is Dracula as he appears in Castlevania: Lords of Shadow 2. It stands 18-inches tall and is limited to only […]