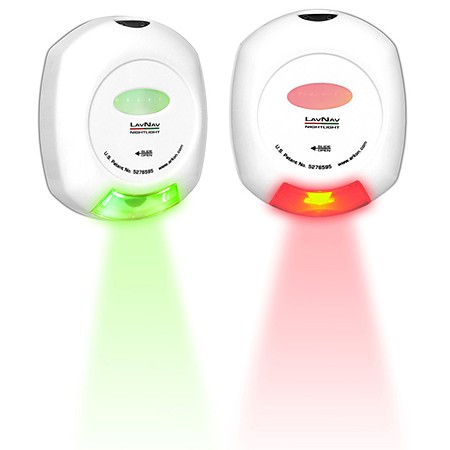 Tried waking up in the middle of the night to go to the loo and bumped your knee or shin against a cabinet, chair, or on the toilet itself while you’re on the way? (Or worse for guys, and the girls that live with them, have you ever been completely off target when trying to pee in the dark?) The bathroom is probably one of the last places you’ll think of putting a nightlight, but the LED Nightlight for the Toilet is your perfect late-night toilet companion.

They’re tiny, compact, and are designed to be stuck onto the inside of your toilet cover. This LED toilet nightlight has a built-in PIR sensor that immediately detects when you’re near the toilet, lighting up to show you the way and turning off after you leave. Women that live with men who forget to put the seat down will especially like the color encoding feature. It lights up green when the seat is down and red when it is up. When red it even displays a target in the center of the bowl, so men know exactly where to aim. 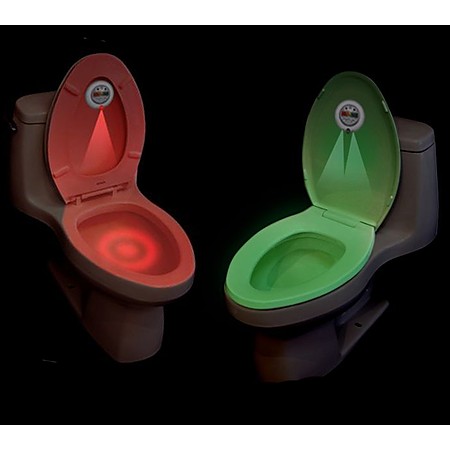 Led Nightlight for the Toilet

This LED nightlight is an intelligent gadget that detects you approaching the toilet, thanks to its built-in PIR sensor. Stick it on the toilet seat (on the inside) and the lights will come on as you approach and turn off again when you leave.

It’s not just decorative, it’s also very practical. It’s perfect for when you get up in the middle of the night to use the bathroom but don’t want to turn on the lights so as not to wake the entire family, or to avoid being blinded by the sudden glare… Well, with this LED nightlight you’ll no longer have to worry about that.

The Led Nightlight for the Toilet is available from Curiosite for $16.22 and abut $11 at Amazon.com. Just make sure you stick it on properly; you don’t want to wake up in the morning and see it floating around in your toilet bowl!

A lot of people put interesting artwork, magazines, or even novelty toilet paper in their bathrooms to take your mind off what they are there to do. I’m not really sure that it is a good idea to be distracting someone that probably has attention […]