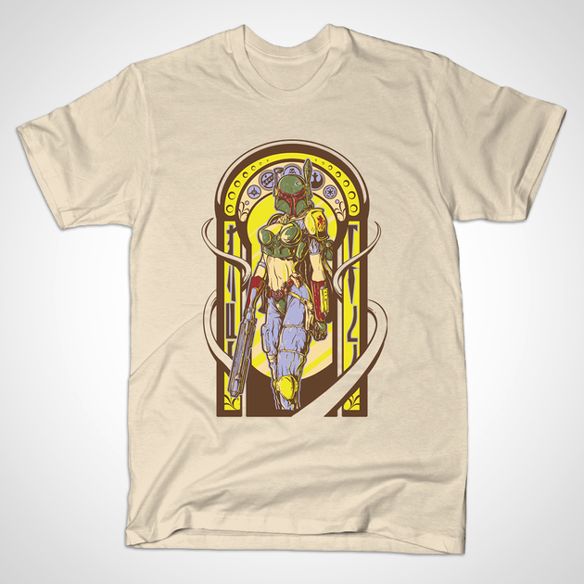 There’s something a little different about Boba Fett on this Lady Fett T-Shirt but I can’t quite put my finger on it.

The Mandalorian bounty hunter has been popular since his first appearance in the Star Wars universe but you’ve probably never seen him like this before. Artist SilverBaX has taken advantage of Rule 63 (“for every fictional character, there exists an opposite-gender counterpart.”) to bring us a gender-swapped bounty hunter, and even with most of the armor gone, Fett still manages to look intimidating; not as prepared for battle anymore but still intimidating. 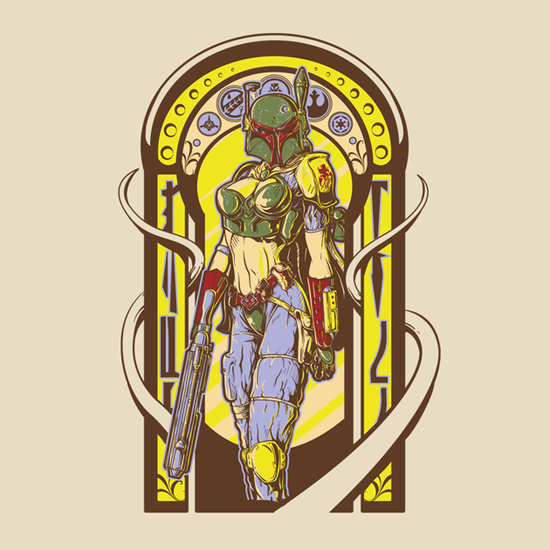 The Lady Fett T-Shirt is available for $20 at TeePublic.com.

Whether you just need them found or frozen, or both, Boba Fett is the man for the job. This Boba Fett Bounty Hunter T-Shirt is a good reminder about who the baddest bounty hunter is. It features the retro Bounty Hunter design on a military […]

A lot of us look up to our favorite caped superheroes, but inadvertently we often forget about our humble hometown heroes like the school lunch lady. Adam Sandler first took the initiative to dedicate a song to the one who ensured that there was always […]

Two awesome suits of armor combine to create the toughest character in two universes on the Iron Fett T-Shirt. In the Marvel Universe, Tony Stark climbs into his armor to play hero and save the day. Meanwhile, in the universe of Star Wars, Boba Fett […]