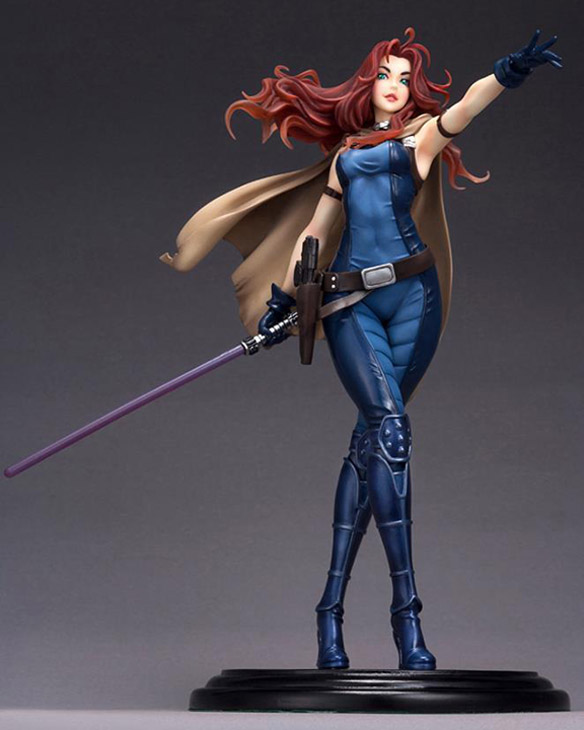 The six Star Wars films introduced us to a lot of characters, even a few we didn’t really want to meet (Looking at you, Jar-Jar), but the Kotobukiya Star Wars Mara Jade Skywalker Bishoujo Statue gives us a look at a major player that never showed her face on the big screen.

Long before George Lucas decided to ruin the beloved trilogy we grew up with, the Star Wars Expanded Universe grew in books and games, and one of the most significant characters introduced in the EU was Mara Jade, the Emperor’s Hand. Mara was a feisty woman strong in the Force, assigned to kill Luke Skywalker. However, instead of killing him, she married him… and we thought the farm boy didn’t have game. 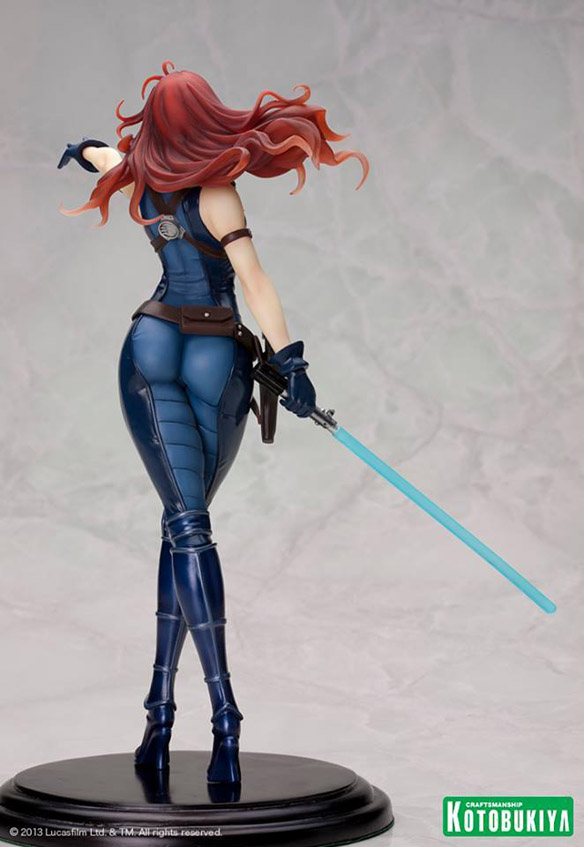 This 1:7 scale, 9-inch-tall statue features Mara in her combat suit, and includes a removable cape and two lightsabers (hers and Luke’s) as accessories.

The Kotobukiya Star Wars Mara Jade Skywalker Bishoujo Statue will be available May 2014 but can be pre-ordered now for $64.99 at Entertainment Earth. Also at Amazon.com for $74.99.

Emperor’s Hand? Mrs. Luke Skywalker? However you think of her, the Mara Jade T-Shirt offers up one of the most popular characters ever created for the Star Wars Expanded Universe. The chances of Mara showing up in Star Wars Episode VII probably aren’t that good […]

On days when I just can’t make myself leave the apartment to grab some decent grub, I just call the nearest Chinese place for some good old take-out. And while this Take-Out Cookie Jar won’t exactly hold the same Oriental fried rice and chow mein […]