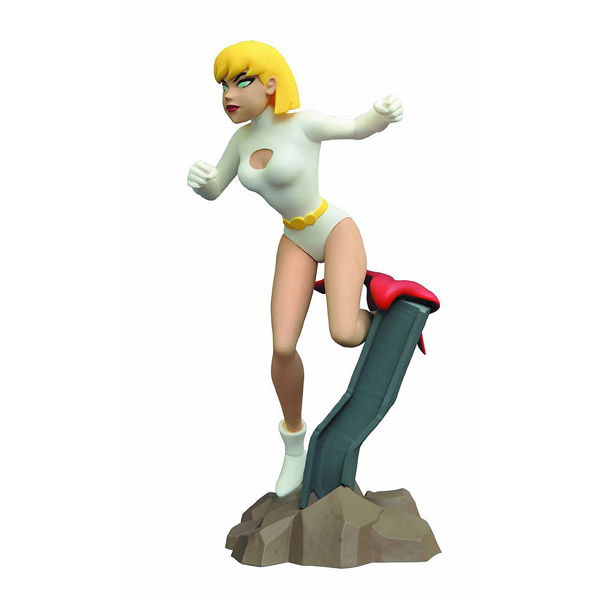 Supergirl’s clone is ready to move into your JLU collection with the Justice League Unlimited Galatea 9-Inch Gallery Statue.

Using DNA from an injured Supergirl, Cadmus created a clone of the Girl of Steel who would do things for them that no superhero would do.

Standing 9-inches tall and further confusing things by wearing an outfit very similar to the one worn by Power Girl, Galatea hovers over a diorama base, ready to battle Supergirl and anyone else who gets in her way.

The Justice League Unlimited Galatea 9-Inch Gallery Statue will be available February 2017 but it can be pre-ordered now for $39.99 at Entertainment Earth.