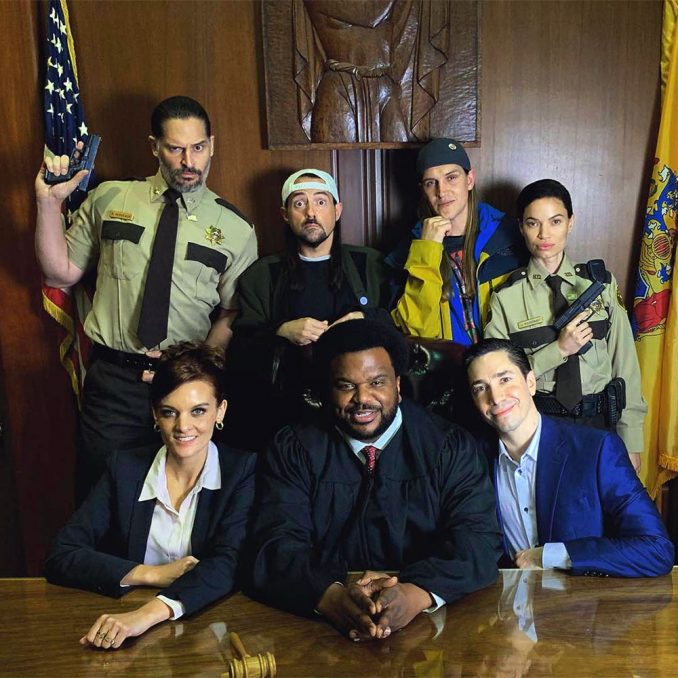 The stoner icons who first hit the screen 25 years ago in CLERKS are back! When Jay and Silent Bob discover that Hollywood is rebooting an old movie based on them, the clueless duo embark on another cross-country mission to stop it all over again!

We’ve been celebrating 420 day with products like the Pot Leaf Ice Cube Tray and the Marijuana T-Shirt. Here’s another: the Stoner City Board Game. The stereotype is that weed smokers lay around on the couch half asleep and not socializing with each other. Put […]

You may have found yourself asking, “what popular old series haven’t they rebooted yet?” in the past few years, and this Magnum P.I. TV Reboot Trailer is one answer to that question. Watch it, and you’ll see that this series reboot has all the icons […]

Fan’s of Bob’s Burgers know that the show features a lot of original music. Now you can listen to every Bob’s Burgers song with The Bob’s Burgers Music Album. Well, almost every song: the album features 107 songs from the first 107 episodes. Plus there […]

If you’re in need of some positive energy, Bob Ross is your man, and Bob Ross Positive Energy Drink is your beverage. While it isn’t clinically proven to give you positive energy, it does have all the typical energy drink ingredients like caffeine, guarana, ginseng, […]

What do you get when you mashup He-Man with Bob Ross…Well, you get this Master of Happy Accidents Bob Ross Mashup Shirt for starters. Does Bob Ross have the power of the paint brush? It sure looks like he does! Wear this master of happy […]

If you ever need a bit of cheering up, break out this Happy Little Accidents: The Wit & Wisdom Of Bob Ross Book to relax, unwind, and be inspired. This hardcover book, compiled by Michelle Witte, is a tribute to Bob Ross, his paintings, wise […]