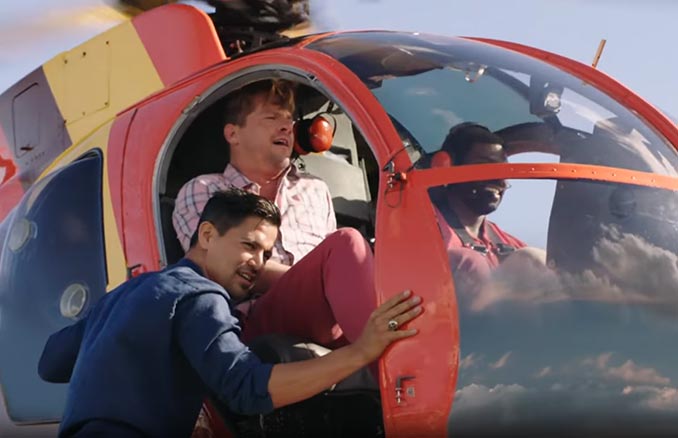 You may have found yourself asking, “what popular old series haven’t they rebooted yet?” in the past few years, and this Magnum P.I. TV Reboot Trailer is one answer to that question. Watch it, and you’ll see that this series reboot has all the icons of the original: striped helicopter, red Ferraris, and the memorable theme music. And those Ferraris, in the course of the trailer they destroy a new red one and a classic red one, but fortunately they have a third one (black this time) at the end.

Magnum P.I. returns with all-new sun-drenched adventures as our hero takes jobs no one else will with the help of fellow vets T.C. Calvin and Rick Wright and the former MI:6 agent with a familiar last name (but now a female)— Higgins. Based on the 1980s series.

This is a modern take on the classic series and stars Jay Hernandez as Thomas Magnum, a decorated former Navy SEAL who, upon returning home from Afghanistan, repurposes his military skills to become a private investigator in Hawaii. Watch this Fall on CBS.

Not everyone can grow a perfect mustache, drive a Ferrari and have hot women chasing them like Tom Selleck, aka Magnum…he even had an awesome TV name… But here’s your chance to feel special and have something not many others will. The Magnum Pi T-Shirt […]