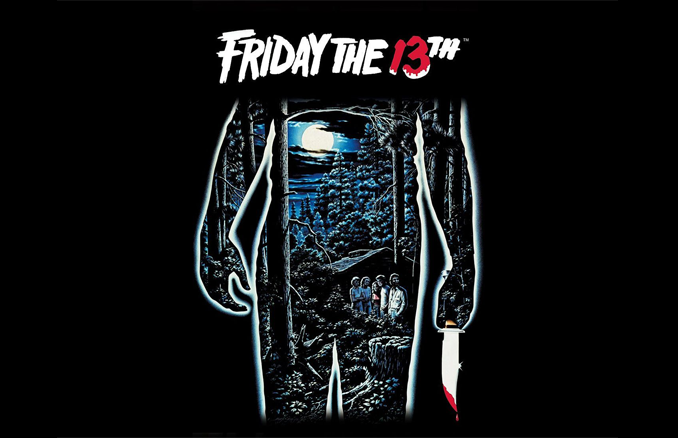 Looking for a little something to ensure that you keep the lights on tonight? It is Friday the 13th and Amazon Prime has some great horror movies to stream. Go for the classics and watch Jason Voorhees terrorize camp counselors, or maybe see what Leatherface is up to. Not into the classics. How about trying something new like, “A Haunting on Potter Street.” The reviews are pretty good on this one and it’s free with your prime membership.

Friday the 13th
Camp Crystal Lake has been shuttered for over 20 years due to several vicious and unsolved murders. The camp’s new owner and seven young counselors are readying the property for re-opening despite warnings of a “death curse” by local residents. The curse proves true on Friday the 13th as one by one each of the counselors is stalked by a violent killer. Stars: Betsy Palmer, Adrienne King, Jeannine Taylor.

Rings
When a college professor discovers the video rumored to kill viewers 7 days after watching, he and his students try to unlock the secrets of the Samara legend. But when the video goes viral, they must find a way to defeat Samara before it’s too late. Stars: Matilda Anna Ingrid Lutz, Alex Roe, Johnny Galecki.

Hell House LLC
On October 8th, 2009 a haunted house attraction opened its doors to the public in upstate New York. The entire crew was found dead, except for one. Five years later a documentary crew found her…and the video footage from inside the house. Stars: Gore Abrams, Alice Bahlke, Danny Bellini.

A Haunting on Potter Street
For the first time in history, a documentary film crew has been granted permission to enter the massive and mysterious Potter street station, of Saginaw, Michigan. Watch the evidence unfold as investigators chronicle their journey through 30,000 square feet of suspense. Locked in over night, the investigators have ’til dawn to capture proof of the train station’s notorious hauntings. Stars: Steven ‘Prozak’ Shippy, Brian Harnois, Tim Rooney.

Blair Witch 2016
It’s been 20 years since a local girl vanished into the Black Hills Forest in Maryland while researching the legend of the Blair Witch, leaving a trail of theories and suspicions in their wake. Stars: James Allen McCune, Callie Hernandez, Corbin Reid.

The Haunting
In the 1860’s, industrialist Hugh Crain financed the construction of Hill House, a beautiful but forbidding mansion where Crain hoped to house a wife and children. However, Crain died an unexplained death at Hill House, and ever since tales have circulated that the mansion is haunted by evil spirits. 130 years later, Dr. David Marrow (Liam Neeson), long fascinated by the Hill House legend, brings three people there for what he tells them will be a study in sleep disorders. Stars: Liam Neeson, Catherine Zeta-Jones, Owen Wilson.

Daybreakers
The year is 2019, and an unknown plague has transformed the world’s population into blood-thirsty vampires. As humans and their blood become more scarce, vampires must search for new ways to satisfy their craving. Stars: Ethan Hawke, Willem Dafoe, Sam Neill.

The Girl With All the Gifts
Six-time Academy Award nominee Glenn Close stars in a post-apocalyptic story about a devastating disease that eradicates free will and turns its victims into flesh-eating “hungries.” Stars: Sennia Nanua, Fisayo Akinade, Dominique Tipper.

Those are GeekAlerts’ suggestions for horror movies you can stream for free on Amazon Prime for Friday the 13th. What did we miss? Contribute your suggestions in the comments.

Shop the Amazon.com Black Friday Sale 2012 for great deals on all kinds of products. You need to hurry and get there now, because some of the best deals are selling out very fast. Something will be available at a deep discount one minute, and […]

Four classic horror villains celebrate their states with the United States of Horror Postcard Set. Whether your enjoying that unique barbecue in Texas, having sweet dreams in Ohio, enjoying summer camp in New Jersey, or testing your knowledge of horror movie trivia in California, these […]