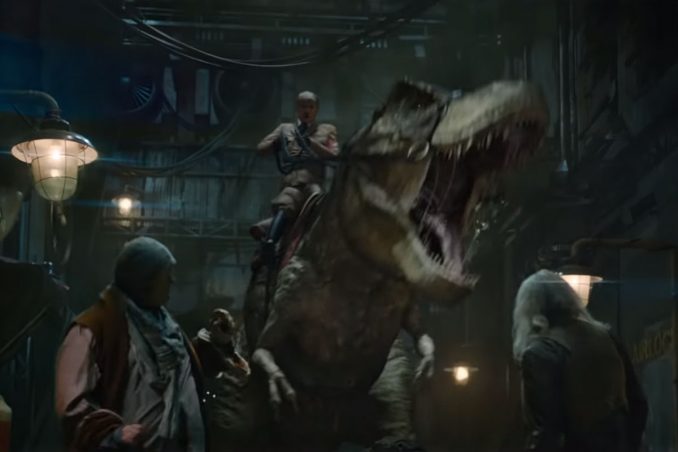 While not for everyone, the 2012 film, Iron Sky, has grown to be a cult classic. Now there’s a sequel coming, which you can preview in the Iron Sky The Coming Race – Official Trailer. This new film will premiere in Finland on January 16th, 2019.

If you haven’t seen the original film, it’s pretty easy to tell if it’s something you’d like. How does a B movie about moon Nazis sound? In it, some Nazis escaped to the dark side of the moon in 1945, where they built a huge fortress. Their goal is to conquer Earth in 2018 with their amassed space fleet.

Iron Sky The Coming Race takes place 20 years after the events of the original film when the Earth was destroyed by nuclear war. Survivors live on a large colony on the moon at the site of the former Nazi Moonbase. They launch an expedition to find an underground city at the center of the earth, where other survivors are rumored to exist. Along the way, they encounter a prehuman world of dinosaurs ruled by a race of reptilians and their leader, Adolf Hitler, in his true reptilian form.

Twenty years after the events of Iron Sky, the former Nazi Moonbase has become the last refuge of mankind. Earth was devastated by a nuclear war, but buried deep under the wasteland lies a power that could save the last of humanity – or destroy it once and for all. The truth behind the creation of mankind will be revealed when an old enemy leads our heroes on an adventure into the Hollow Earth. To save humanity they must fight the Vril, an ancient shapeshifting reptilian race and their army of dinosaurs.

Here is one of the Iron Sky The Coming Race theatrical posters: 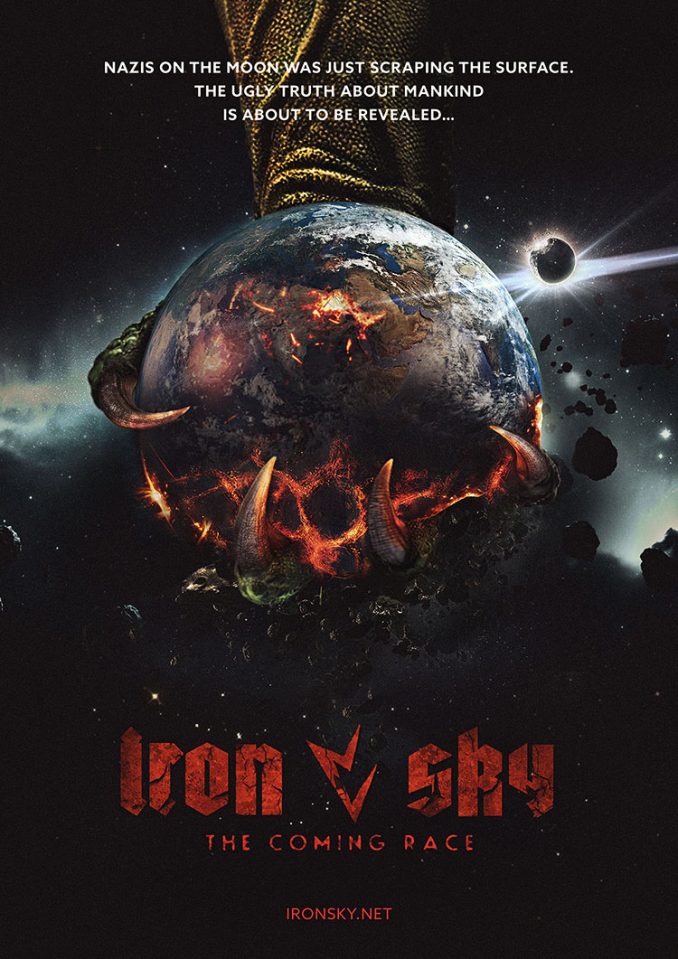