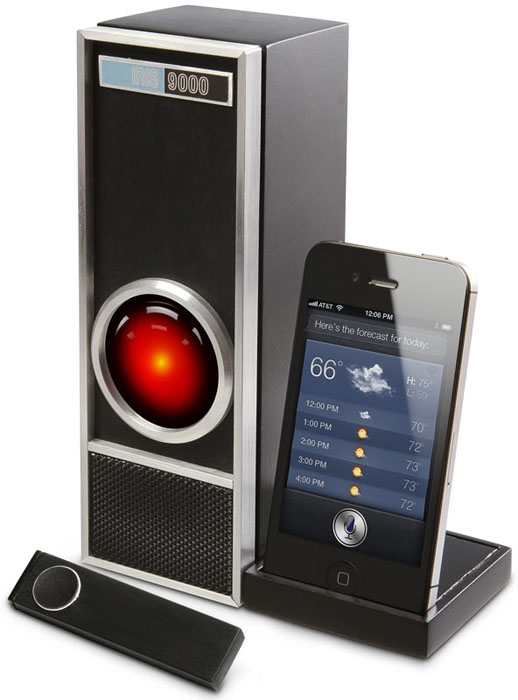 Do you remember the Space Odyssey and HAL 9000? This IRIS 9000 Voice Control Module for iPhone & Siri sure looks the part of HAL, but let’s hope it doesn’t decide to take matters into its own hands like its sibling did. The IRIS 9000 is designed to take Siri beyond the basic iPhone 4S functions/limitations. It allows you speak you commands to your iPhone 4S from up to 50 feet away and with its embedded speaker, it can amplify Siri’s spoken responses. IRIS 9000 also has the ability to serve as a speakerphone, allowing you to make and receive calls. Oh and by the way, the glowing LED eye flickers along with Siri’s voice too! 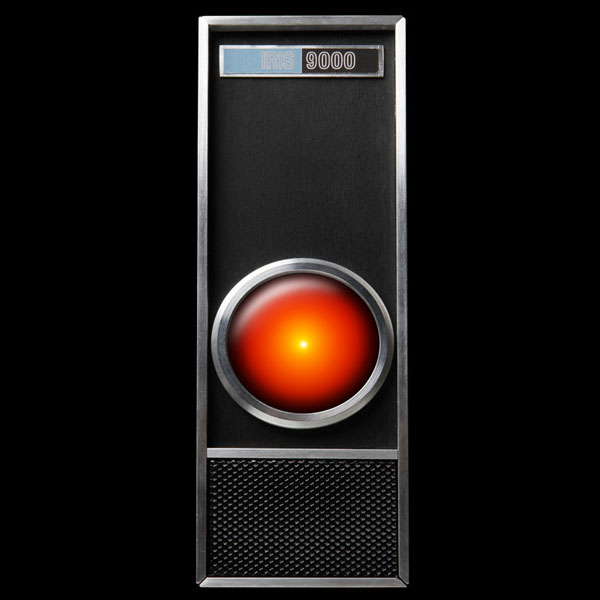 You will be able to purchase the IRIS 9000 Voice Control Module for iPhone & Siri from ThinkGeek for only $59.99 this coming April. Follow the link and add your email address and they’ll will drop you an email the minute the IRIS 9000 is in stock.

Now who in the world hasn’t heard of Siri by now? This personal assistant app that comes with Apple’s iPhone 4S was the talk of the blogosphere when users discovered just how easy and convenient it was to perform simple, everyday tasks on the device. […]

This past week we hit 5,000 Facebook Fans. Thank you to all our fans. If you haven’t yet, please visit our Facebook Page and click the Like button. We also have a great giveaway this week. Make sure you enter to Win a Pair of […]

The Hipe Waterproof Bluetooth Speaker is supposed to be used in your bathroom, allowing you to belt out your favorite tunes, without worrying about getting your speaker wet. You can stream music from any Bluetooth device. It can also answer phones, and act like a […]