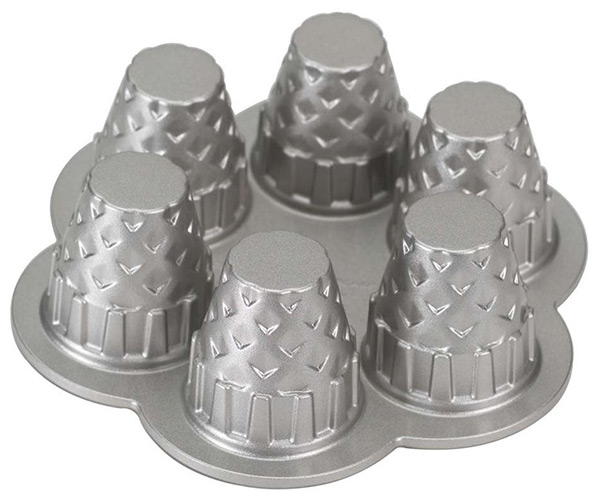 What do you do when you have a bad snack attack? You run over to Magnolia Bakery, order a baker’s dozen, sneak them into the theater in your backpack, and make a rap number about it just like Samberg and Parnell did on SNL. Or, you make your own cupcakes. Now you can make even more scrumptious-looking cupcakes by converting them into ice cream cone shapes. All you need is to get out a box of cake mix, follow the directions, and pour the batter into the Ice Cream Cone Cupcake Pan. 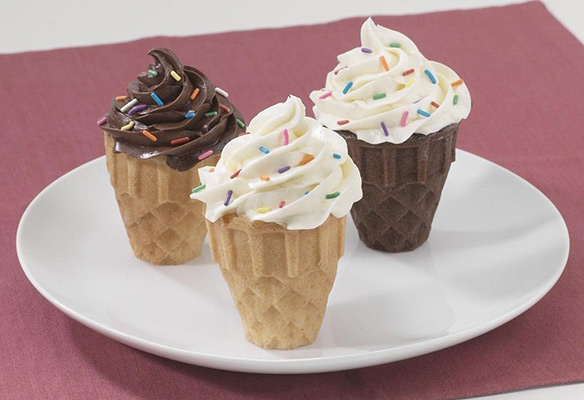 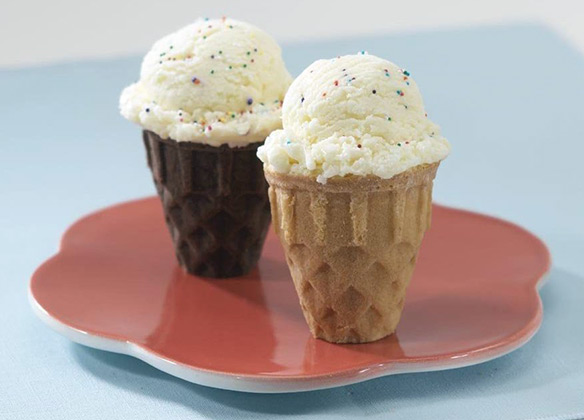 Ice cream tastes “crazy delicious” with cupcakes (like Mr. Pibb and Red Vines), and when you have cone-shaped cakes the ice cream doesn’t turn into a liquid mess on the plate like it usually does. The cone shape eliminates ice cream waste since it’s set up for you to eat from top to bottom, and that means less mess to clean. Meanwhile, the cream also has time to melt and get absorbed into the cake to let the flavors mingle, creating the same effect as cake à la mode.

Ice cream cone cupcakes are the answer when it comes to pleasing people who love cake and ice cream, but not-so-much the frosting. It looks like each cone yields double the volume of cake than that of a regular cupcake pan, too.

Purchase the Nordic Ware Ice Cream Cone Cupcake Pan for only $24.65 at Amazon.com.

If you’re looking for more ideas on how to take cupcakes to a whole new dimension, look no further than A Zombie Ate My Cupcake Kit, the Brains! Cupcake Kit or Nomskulls Cupcake Molds, and Yumbots Robot Cupcake Molds.

At my brother’s last birthday party, it was pretty unfortunate that his cake got thrown out because it was placed in a ratty old box and didn’t do so well in a rough car ride earlier in the day. To prevent similar things from happening […]

A long time ago, Wilton made an awesome R2-D2 cake pan (pictured below) as well as versions for Darth Vader, C-3PO and Boba Fett). Unfortunately, they were discontinued many years ago and are pretty rare. However, now you can get the Star Wars R2-D2 Silicone […]