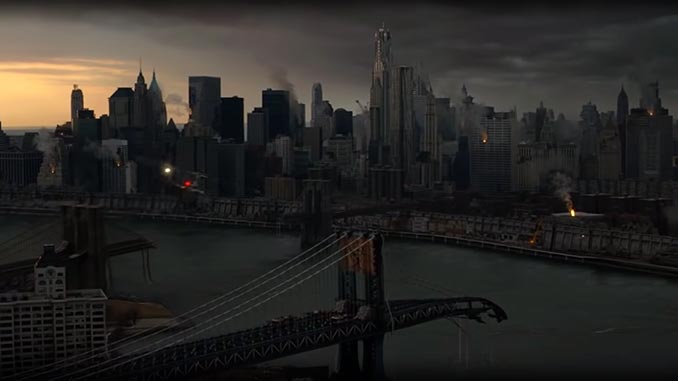 Today at the New York Comic Con, Warner Brothers released the Gotham Season 5 Trailer – The Innocent & The Wicked. It starts with a recap of the previous action before getting into a short preview of the fifth and final season.

While each of the four previous seasons of Gotham were 22 episodes each, Season 5 is going to have just 10 episodes. This means you can expect each episode to be action-packed as the series progresses to its conclusion. Set to air on FOX midseason 2019, the fifth season will be the final season for Gotham.

Watch The Innocent & The Wicked | Season 5 | GOTHAM from FOX and Warner Bros:

Empire Brands, manufacturers of Wicked Audio and their top selling headphones, will be releasing the new Solus over the ear headphones at CES 2012 in Las Vegas. Like all of the past Wicked Audio products we’ve shown you, the Solus Headphones will be of the […]

Wicked Little Buds are small earbuds with big style and great sound. They are very lightweight, so they are very comfortable in your ears while providing noise isolation for a satisfying listening experience. A 20Hz to 20kHz frequency response and 5.8 mm drivers deliver excellent […]

We just showed you the Wicked Little Buds, but if you want to step up to the premium models with larger drivers, check out these Wicked Empire Earbuds. They come in 5 styles, with “Bones,” the skull design pictured above, being my favorite. Other styles […]

With their great sound quality, affordable pricing, and stylish designs, everybody loves Wicked Audio and they just got a little better. Wicked Audio Cellular Line Headphones & Earbuds are now available in three different styles (Jawbreakers, Metalics, and Tour), come in a variety of different […]

Just in time for the summer fun, Wicked Audio Releases Four New Headphone Designs: The Heist Earbuds, The Duece Earbuds, The Mojo Earbuds and The Evac Headphones. Over the past months, GeekAlerts has familiarized you with the many cool earbuds and headphones from Wicked Audio […]

It is no coincidence that we just posted about Wicked Empire and Wicked Little Buds earphones. These are actually the prizes in our latest sweepstakes. One lucky winner of the Wicked Halloween Giveaway will get a pair of Wicked Empire earbuds and another winner will […]

In this Wicked Audio Heist Earbuds Review we take a hands-on look at an innovative pair of in-ear headphones. What makes them different from other earbuds is that they have an extra headphone jack on the cord, allowing you to share your music (or whatever […]

Today Warner Brothers released Justice League Action: Season 1 Part 2 on DVD. This animated television series, which is on Cartoon Network, features the adventures of the Justice League, including Superman, Batman, Wonder Woman, and Green Lantern as they defend earth from supervillains and other […]

Elphaba is looking positively wicked on the Wicked Witch of the West Art Nouveau Poster, with a generous helping of sexy thrown in… if you happen to be into the green skin look. Blending Art Nouveau with pin-up-style glamour, this artistic spin on the Wizard […]