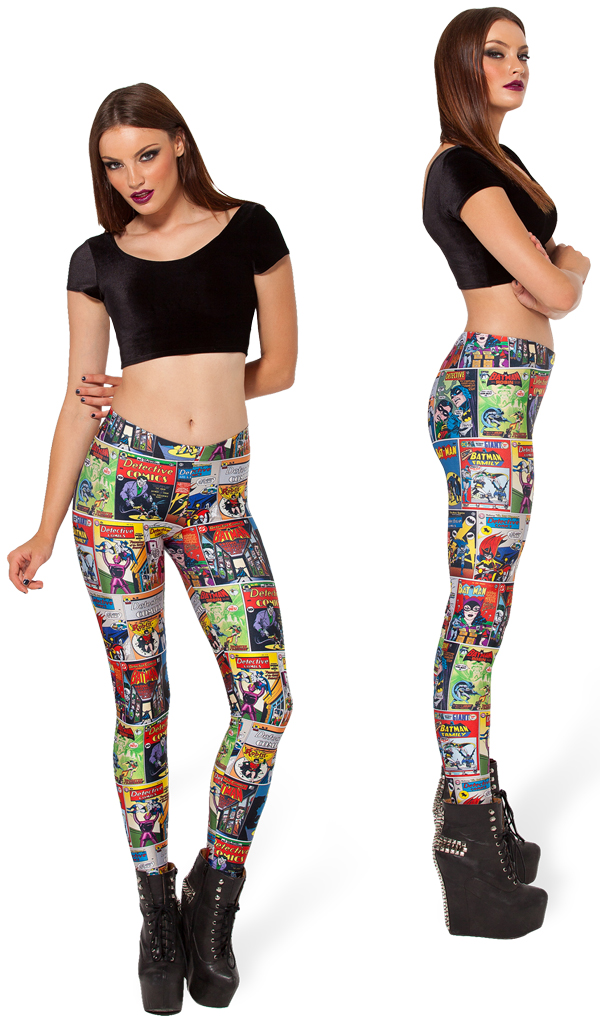 Ladies who love the Bat can celebrate some of the weirdest, wackiest times experienced by the Caped Crusader by wearing these Golden Age Batman Leggings.

People love to put the 1960s Batman TV show on blast because of all the cheesiness packed into the series, but the Golden Age of comics, that span of time between the first appearance of Superman in 1938 and the creation of the Comic Code Authority in 1955, didn’t exactly treat Batman like the grim vigilante he is today.

During this golden time, the covers of Batman and Detective Comics featured the Dark Knight driving a car with a giant bat head on front and his ‘Rainbow Batman’ phase, which are captured in all their glory on these 83% Polyester Bright/17% Spandex leggings. Of course, the introduction of Robin, the Boy Wonder, is also featured, proving that not everything that happened during the Golden Age was cheesy. 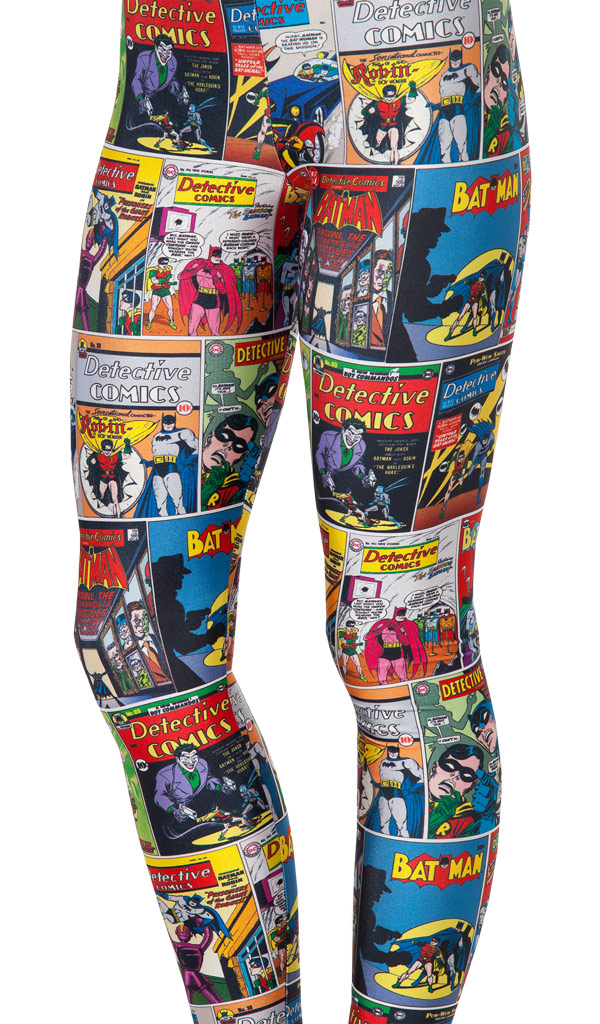 The Golden Age Batman Leggings are available for $80 at Black Milk.

The Caped Crusader gets pretty in pink with the Batman 75th Anniversary Pink Rainbow Batman Pop! Vinyl Figure as we continue the colorful story from Detective Comics Volume 1 #241. Standing 3 3/4-inches-tall, the grim vigilante doesn’t look as dark and gritty as he usually […]