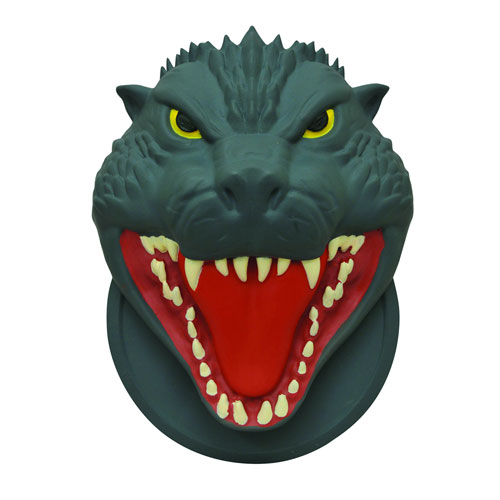 Nobody can attack a pizza like Godzilla and this Godzilla 2000 Pizza Cutter will do a nice job. Besides, if you can distract Godzilla with pizza he won’t wreck your city.

If you have a monstrous hunger, you need a monstrous slice of pizza. This pizza cutter will deliver. It shows the sculpted face of Godzilla, King of the Monsters as he appeared in Godzilla 2000. So go ahead and attack that pizza, while making monster noises and stomping your feet.

It is only $13.99 from Entertainment Earth. Pre-order it now and it will ship in January.