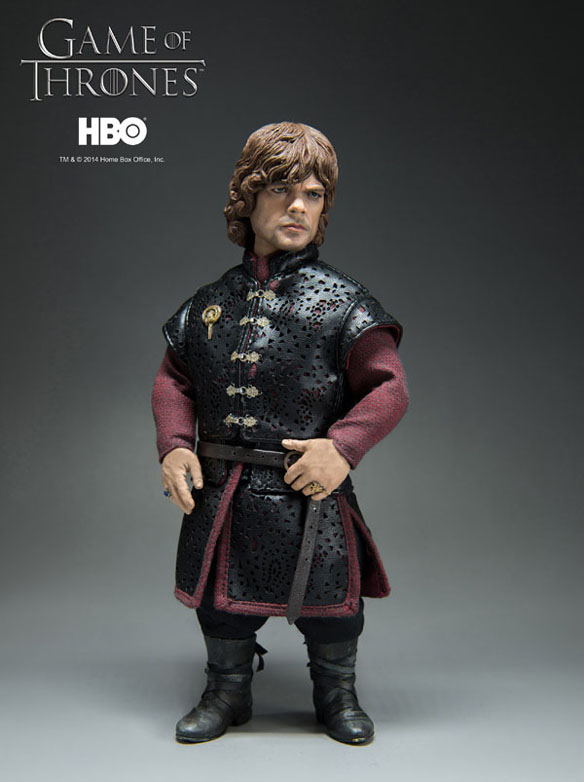 The littlest Lannister has been having some big problems on HBOs Game of Thrones, but the Game of Thrones Tyrion Lannister 1:6 Scale Figure shows the popular character when he was the King’s Hand and still able to read a good book or drink a nice glass of wine in peace.

Peter Dinklage has brought the imp to life on the popular television series, and this 8.7-inch-tall figure does the same thing, mostly because of the highly-detailed clothing and Dinklage head sculpt.

The figure comes with two pairs of exchangeable hands, a goblet, a book, and a detailed wardrobe that includes belt, trousers, camisole, and boots.

Maybe he didn’t kill the king but he still deserves a good home. The Game of Thrones Tyrion Lannister 1:6 Scale Figure will be available 4th Quarter 2014 but it can be pre-ordered now for $119.99 at BigBadToyStore.com.

Are you on team Lannister? Then you better wear the team colors with this Game of Thrones Lannister Football Jersey. You have to wear the right colors or you won’t get far in your quest for the iron throne. This 100% polyester Game of Thrones […]

Serve your mead and ale the Westeros way with this fine Game of Thrones Dragonclaw Goblet Replica. Drink your drinks from a goblet of the House Baratheon of Dragonstone. This beautiful goblet can be raised in a toast to celebrate crushing your enemies, or to […]

This Game of Thrones Lannister Wallet is exactly what fans of house Lannister need to protect their money. It has the Lannister lion on the front to make your enemies tremble in fear. It also has “A Lannister always pays his debts” on the back. […]