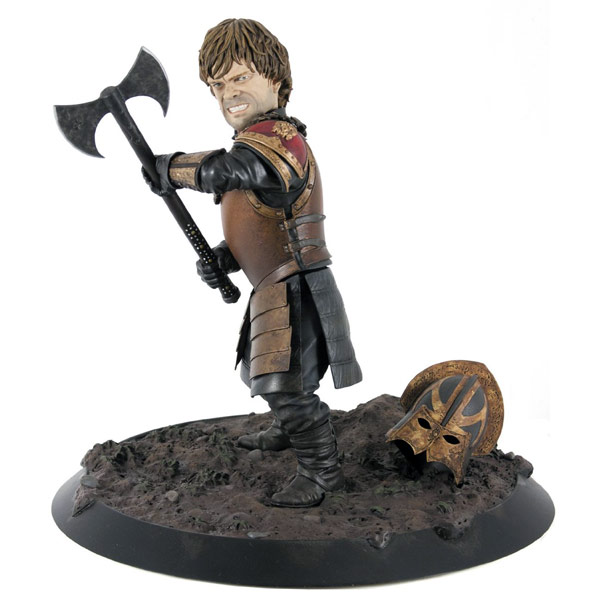 Fans of Game of Thrones will want to get their hands on this Game of Thrones Limited Edition Tyrion Statue. Like Tyrion himself, this statue is small in scale, but completely awesome.

It features the Imp himself in the Battle of the Blackwater. This statue is hand-finished and hand-painted for an amazing amount of detail. Each piece in this limited edition is numbered.

Tough women come in all shapes and sizes, and the Game of Thrones Arya Stark 11-Inch Statue depicts one of the toughest characters around in the fictional world created by George R.R. Martin, although it’s very easy to underestimate the seemingly helpless child at first. […]