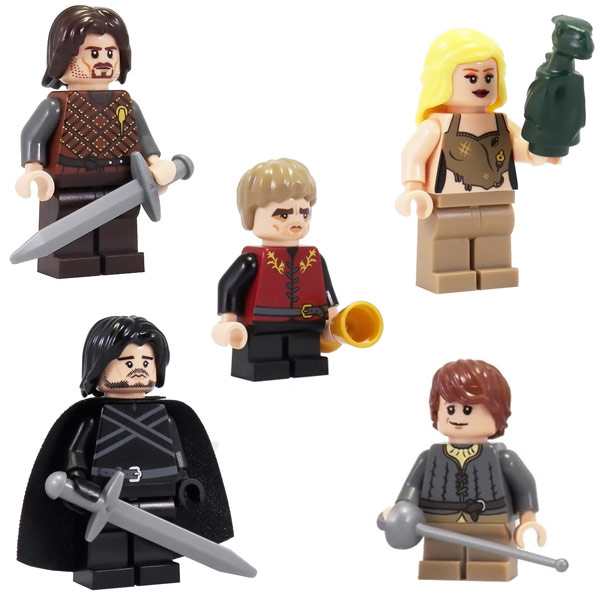 If you love Game of Thrones but are forever sad because the chances of LEGO dealing with all that blood and nudity are about as likely as discovering a real dragon in your neighborhood, you’ll be thrilled with the Game of Thrones: Custom LEGO Throne of Bricks Minifigures.

I’ll start things off by warning you that these figures are being produced in very limited numbers so I’ll understand if you just scroll down at this point to score these sweet collectibles for yourself. On the bright side, they’re being referred to as series 1, which could hint at other characters in the future.

The Throne of Bricks figures in series 1 include: The Imp, Underfoot, Warden of the North, The Bastard, and Mother of Dragons (along with a pet dragon).

While the figures are not LEGO products, they are made with 100% genuine LEGO parts.

The Game of Thrones Throne of Bricks Minifigures are available for $70 at miniBIG’s Etsy shop.

Tough women come in all shapes and sizes, and the Game of Thrones Arya Stark 11-Inch Statue depicts one of the toughest characters around in the fictional world created by George R.R. Martin, although it’s very easy to underestimate the seemingly helpless child at first. […]