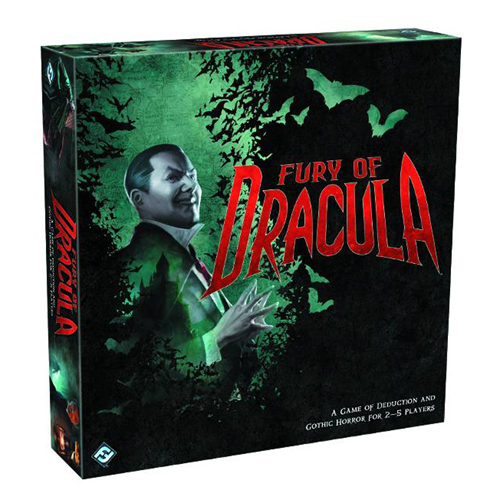 This Fury of Dracula Board Game is both frightful and fun. It is a board game of deduction and gothic horror based on Bram Stoker’s classic novel.

One player controls Count Dracula as he spreads his vampirism throughout Victorian-era Europe. Up to four other players take on the roles of Mina Harker and her companions as they try to destroy the Count. Make sure that the hunters don’t become the hunted. This is a great gift for horror fans who like to play board games.

Only $59.99 from Entertainment Earth. Pre-order it now for January.

Fans of the video game franchise Castlevania are going to love this Castlevania Dracula 18-Inch Statue. This statue depicts Dracula, accurately and highly detailed. It is Dracula as he appears in Castlevania: Lords of Shadow 2. It stands 18-inches tall and is limited to only […]

The man who always has a plan explodes onto the scene like a dropped F-bomb as the Nick Fury Sixth-Scale Figure. He might not drop the ‘F’ word in the Marvel Universe but Samuel L. Jackson still brings the attitude as the man in charge, […]

Get ready for all your passions to collide when you get to show off your appreciation for sexy ladies, classic comic book characters, and fine art with the Miss Fury Lithograph By Alex Ross. When it comes to breathing life into fictional 2D characters, Alex […]