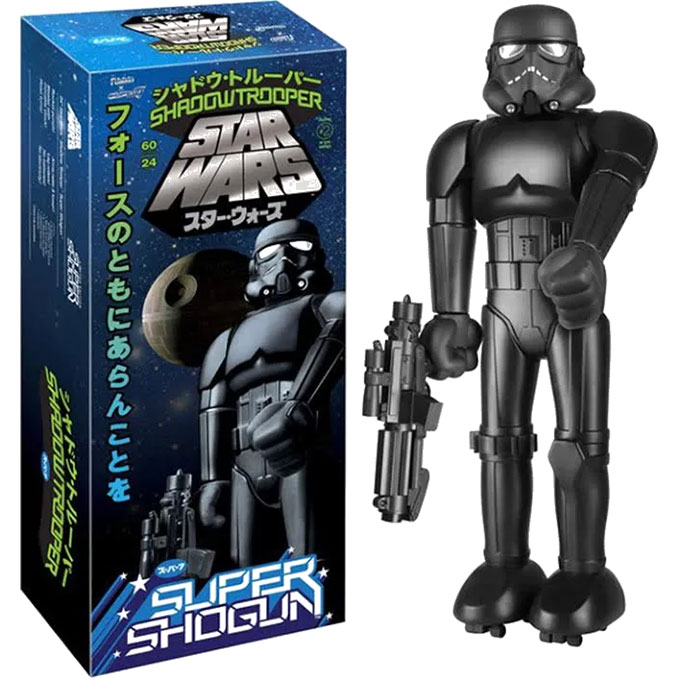 This Super Shogun Shadowtrooper is officially licensed Star Wars merchandise and is based on the Star Wars Battlefront video game. Shadow Troopers are elite stormtroopers that are distinguished by their black suits made of experimental stealth armor. 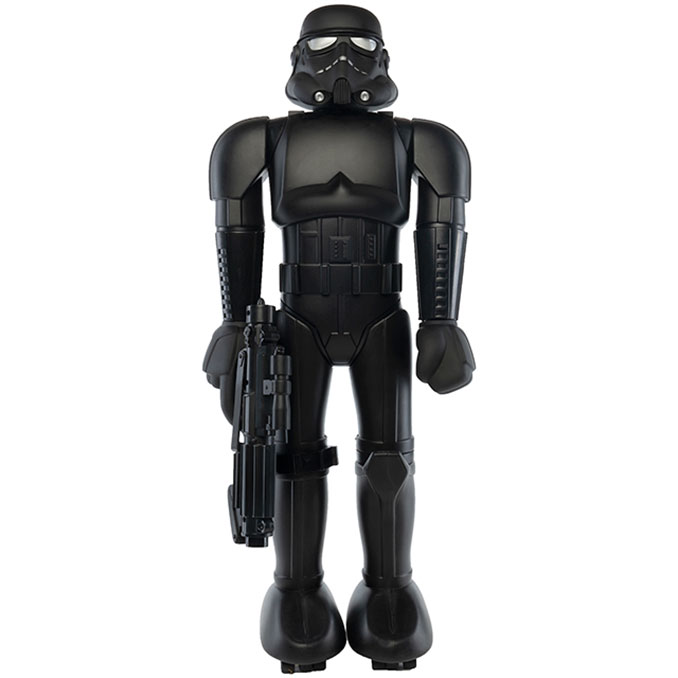 From Star Wars: Battlefront comes the stormtrooper upgrade that makes the Imperial army a little more troublesome: the shadow trooper. These soldiers have major stealth skills, so you won’t even see them coming… until they’re in your collection. And we thought regular stormtroopers were bad.

Standing at a whopping 24″ tall, this shadow trooper figure is an imposing addition to anyone’s collection. Armed with steel technology and huge T-21 heavy blasters, it’s only right that Funko stretched things out for this release. Just make sure you have the space to shelter these elite troopers. You don’t want them to get mad.