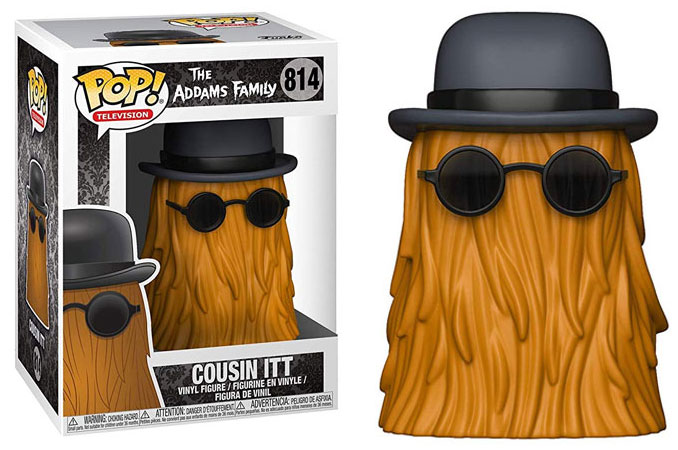 If you’re a fan of The Addams Family, you’re in luck, because not only is there a new movie on the way, can you get new vinyl figures of the clan, including this Funko Pop! The Addams Family Cousin Itt.

Even amongst the strange characters that make up The Addams Family, Cousin Itt is quite unique, being composed entirely of hair down to the floor, and often wearing sunglasses and a bowler hat, as depicted in this vinyl figure. You’ll have to do the high-pitched gibberish voice yourself!

Cousin Itt is here to visit! From television series, The Addams Family, Cousin Itt has joined the Funko family as a Pop! vinyl figure.

Funko Pop! The Addams Family Cousin Itt is Funko Pop! Television #814 and is available for $9 at Hot Topic. (Sale price at the time of publication and subject to change.)

Long before The Addams Family was a sitcom in the 1960s it was a cartoon that ran in The New Yorker starting in 1938. Since then there were a couple of animated television series, a live-action remake, and numerous of films. This fall there will […]