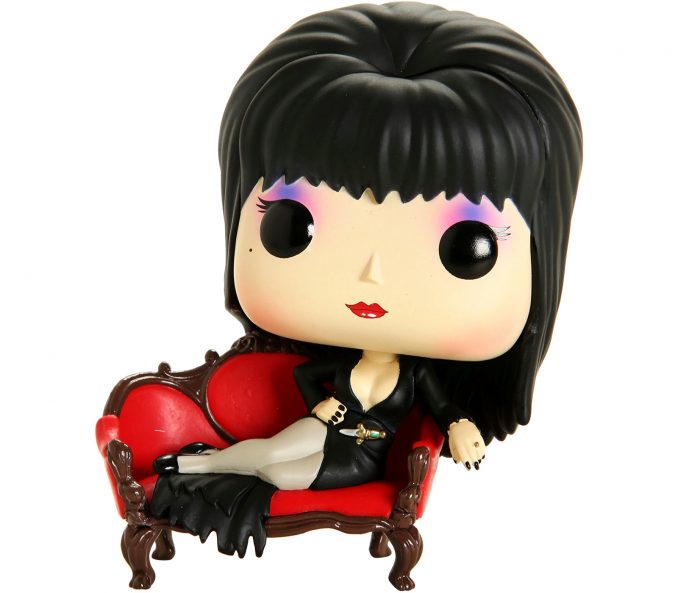 If Elvira is your favorite horror hostess, memorialize her with this exclusive Funko Pop! Elvira Mistress Of The Dark Deluxe Figure. It features the cleavage-baring Elvira reclining on her iconic red Victorian couch.

Elvira, Mistress of the Dark, is the character first played by Cassandra Peterson for the weekly television show Elvira’s Movie Macabre, starting in 1981. The show featured B horror movies, with Elvira hosting and making jokes at the commercial breaks. She quickly grew an obscure cult figure to great fame, with many appearances on TV, comic books, video games, and even a feature film called, Elvira, Mistress of the Dark. 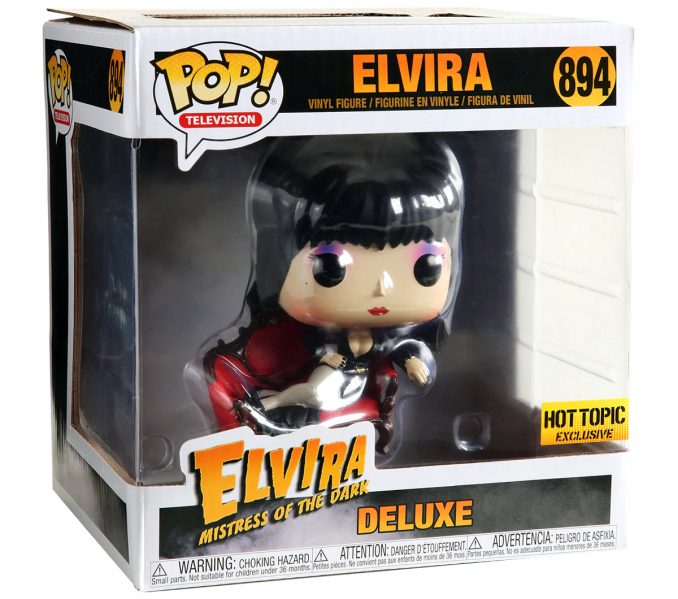 Halloween icon and quintessential symbol of all things spooky, Elvira, Mistress of the Dark, is given a fun, and funky, stylized look as an adorable collectible vinyl figure on her iconic red sofa!

Elvira Mistress Of The Dark Statue

Have you been naughty? From the look captured in the Elvira Mistress Of The Dark Statue, the woman who used to be known as the hostess with the mostest (bewbz) thinks you’ve been very naughty… and the whip is a good clue as to what […]

The Mistress of the Dark offers unpleasant dreams as the Elvira Rock Candy Vinyl Figure. Standing approximately 5-inches-tall and based on Cassandra Peterson’s iconic and sexy hostess with the mostest, Elvira joins Funko’s Rock Candy collection with her trademark beehive hairdo and tight black dress […]

The Mistress of the Dark becomes the Mistress of Christmas with the Elvira’s Scary Christmas Exclusive Maquette. Standing 18-inches tall, with a base that resembles a rooftop and chimney, Elvira prepares to deliver some very interesting toys to all the boys and girls on Santa’s […]