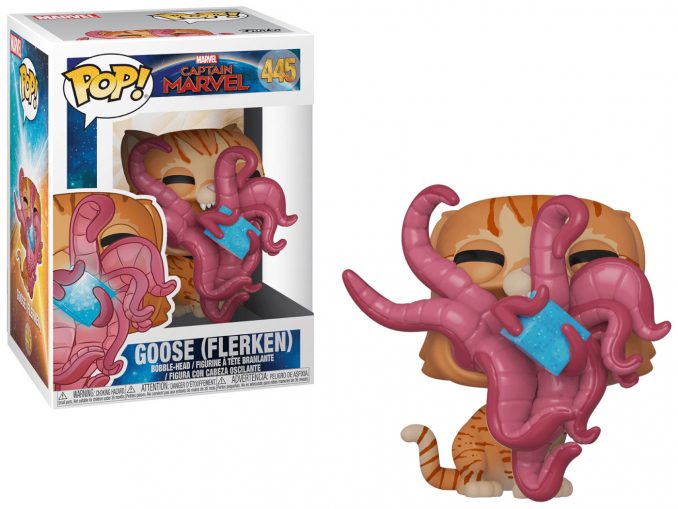 It is Funko Pop! Marvel #445 and comes in two versions. The standard version is shown above, and the rarer “chase” variant is shown below. 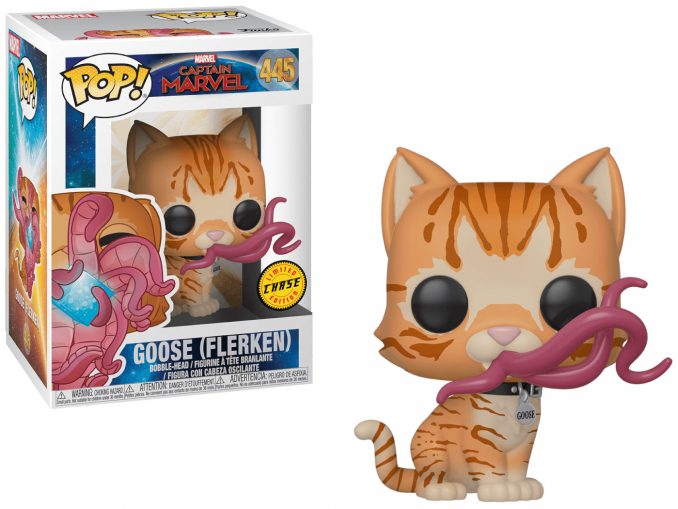 Earth is caught in the middle of a galactic war between two alien races and Goose may be the only hope! This Flerken is hungry for a nice piece of Tesseract pie. The Tesseract even glows in the dark! The Captain Marvel Goose Pop! Vinyl Figure measures approximately 3 3/4-inches tall. Comes packaged in a window display box.

Available for pre-order at Entertainment Earth, this Funko Pop! Captain Marvel Goose (Flerken) is $10.99. It is expected to ship this month (March 2019).