If you’re an RC junkie looking for something a little different or wish you could be like Daenerys Targaryen on Game of Thrones, you’re going to pass out from the greatness of this thing. Not only is this RC “plane” designed to look like a dragon, it even breathes fire and has glowing eyes. Don’t get too excited with visions of attacking your neighbor with a fireball attack from the sky, though, because safety features don’t allow the dragon to breathe fire while airborne.

The dragon uses 1/2 gallon of jet aircraft fuel or kerosene for 10-minute flights and it’s capable of pulling off all the maneuvers you’d expect a dragon to be able to do, including climbing and diving, and just like real creatures that can fly, the dragon’s head swivels in the direction it turns. 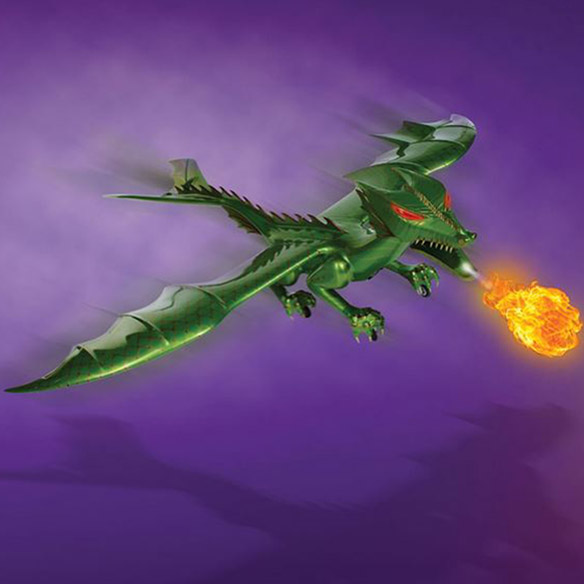 Of course, you probably don’t expect something this wicked to come cheap, and you’d be right. The Flying Fire Breathing Dragon is available for $60,000 at Hammacher Schlemmer.

Become a master of dragons with the Dragon Wrap Ring and watch your friends tremble in awe as they dread having you unleash the little guy’s fiery fury upon them… or maybe they simply dread going through life without your impeccable fashion sense. This little […]