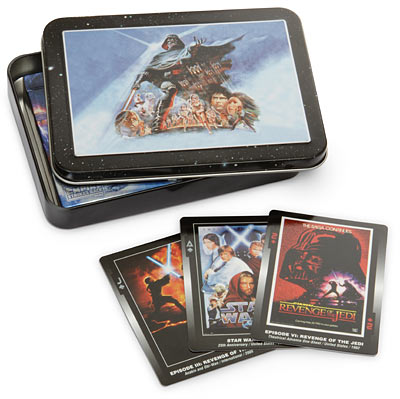 Card games are always much better with Star Wars characters on them. You get a Star Wars tin with 2 decks of cards. One is the Empire Strikes Back Deck and the other is a Star Wars Poster Deck. They are very nicely detailed with scenes you know and love.

The price is awesome too at just $9.99 from Thinkgeek.

These Star Wars Beach Towels look awesome. They let you bring your fandom with you to the beach. They are bright and colorful like movie posters. You can choose Boba Fett, Empire Strikes Back, or the Death Star battle scene. Enjoy some fun in the […]